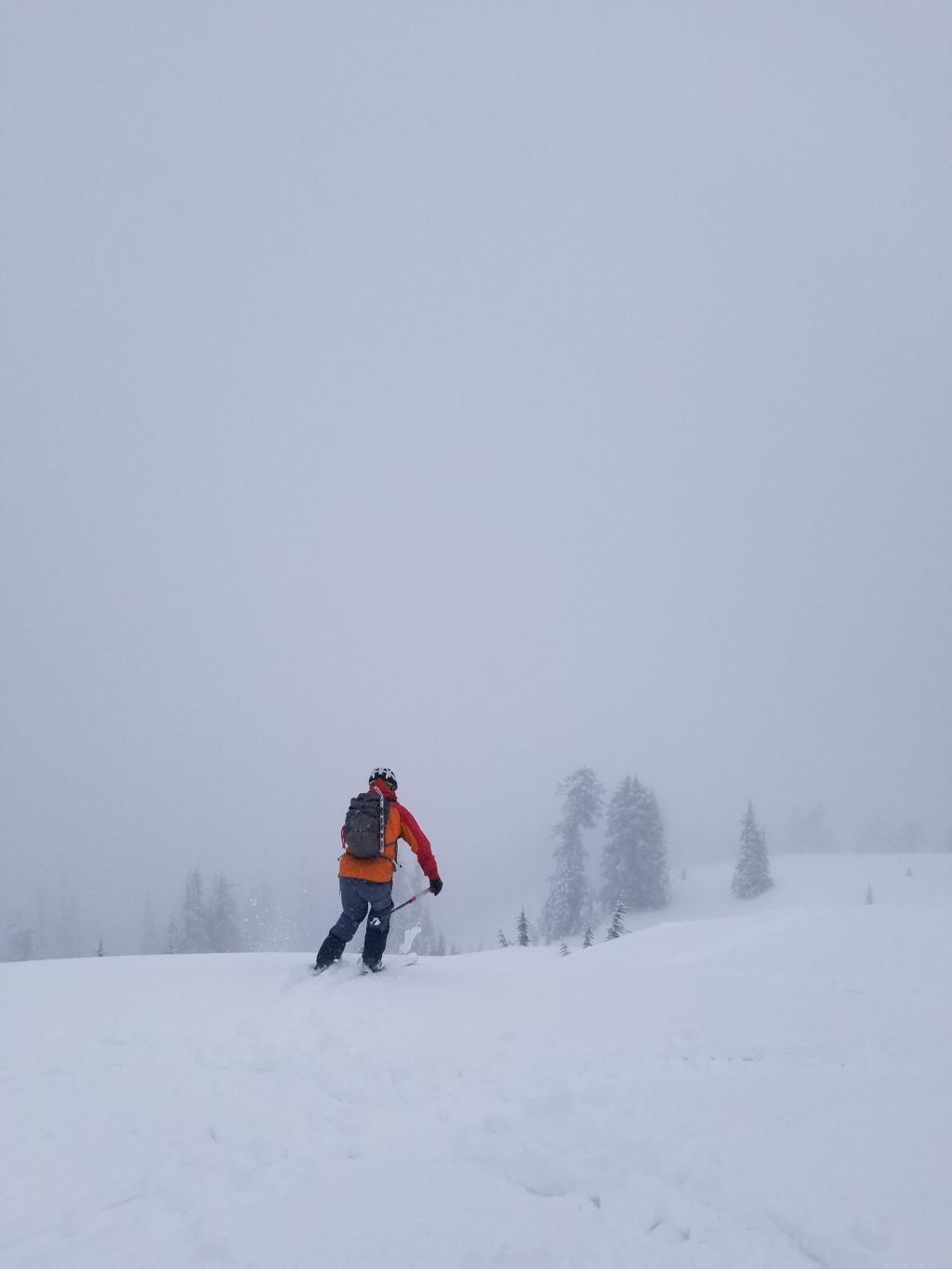 ‘Twas the day after Christmas…

Haha. I’ll spare the goofiness and get to the point. Dan, Madelynn, James and I headed out to the Snoqualmie backcountry for a post-Christmas Day tour. With 6 inches of snow overnight, we were looking for some fresh snow. The forecast for the day called for continuing snowfall and poor visibility…and I’d say that was pretty much spot on.

We headed up to the Snow Lake divide and skinned across Snow Lake towards Wright Mountain. Skinning up towards Wright got a little tricky at points…steep in places and requiring many kick turns. I forgot how tiring cutting skin track in fresh powder was!

We made it up to the SE peak of Wright and took a run 1,000′ to the NE down off the peak. It was SO GOOD! The snow was consistent underfoot, well-bonded to the 12/21/2020 rain crust that had developed. Winds overnight were out of the south, so the northeastern slopes were sheltered and did not exhibit any wind affect. We looked for slab problems but did not find any propagation. Overall, the stability was solid.

We skinned back up, slowly, and took a run off the S face of Wright Mountain. The S side was more wind effected and also more reactive, with a 1-2″ slab on the upper surface. We noticed wind loading near the ridgeline of Wright, which was more exposed to the elements than the lower SE peak. We took the run off Wright (proper) slowly, leap-frogging one skier after another. Again, we did not encounter any instability.

We made it back down to Snow Lake and skinned back across in “ping-pong” ball visibility, before skiing back down to Source Lake. Overall, a sneaky good day.