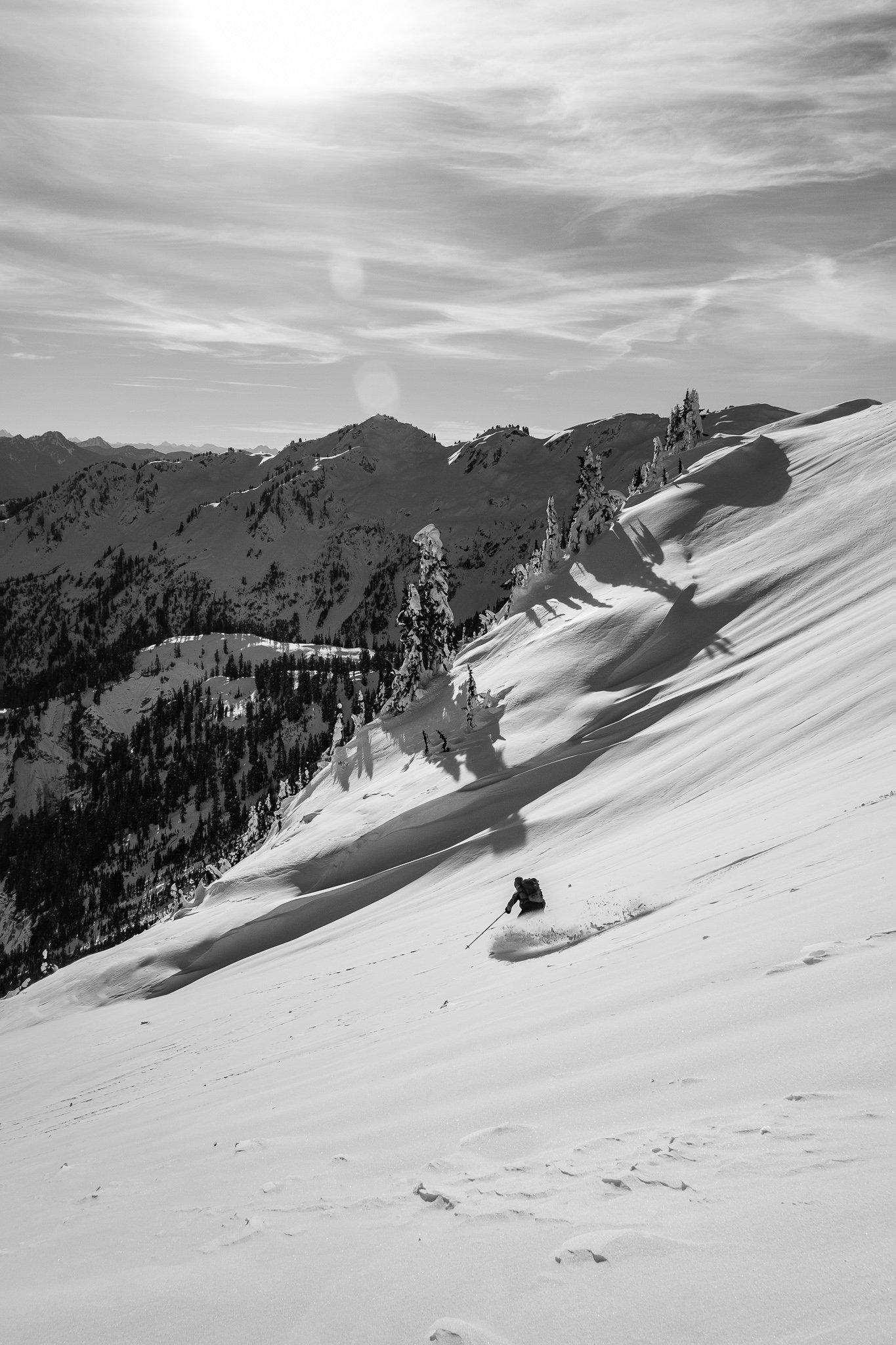 A re-do of a great tour off of Ptarmigan Perch! Anthony and I had skied the day before in the Crystal backcountry and he messaged me, asking if I wanted to ski the next day in the Baker backcountry with him. Uh…YES! We met up with his friends Will and Andrew for a tour out towards Ptarmigan Ridge.

(Side note: I had actually met Will on the summit of Shuksan earlier in the year…small world)

We headed up towards Artist Point and skied off the backside of Table Mountain towards Ptarmigan Ridge. The eastern aspects were wind HAMMERED, and there appeared to be wind-loading on northwestern aspects, with the winds primarily driving out of the SE. Looking up, we could see crowns everywhere…a heavy rain event earlier in the week had kicked off a natural avalanche cycle.

After skiing down windboard towards Ptarmigan Pass, we opted to scope out the eastern aspects on the other side of Ptarmigan Ridge, hoping for more sheltering and softening from the snow. We found some goods here and there, but the snow was certainly variable! We ended up skiing many of the same lines I skied last time with Jon and Kyle; no matter! The company was amazing and we had a blast throughout the day taking laps. We skied back off the NE face of Ptarmigan Perch, having to backtrack at one point because of some icy conditions in one of the chutes. Overall, a great day with awesome people!