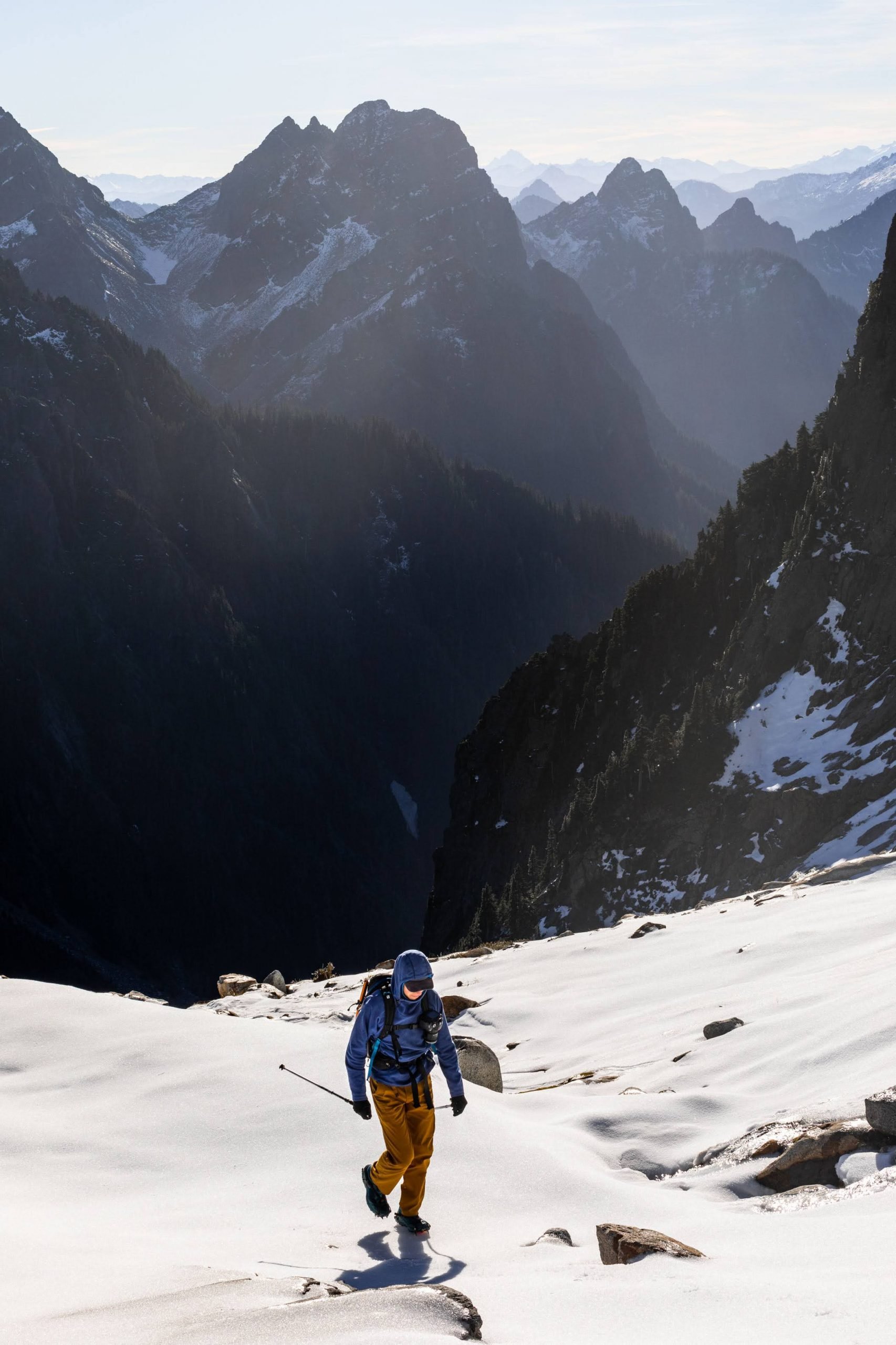 Shoulder season can be a bit of a crapshoot at times with guessing what conditions will be like in the mountains. Cycles of rain and slow, melt and freeze, cloud and sun make predicting conditions difficult for all but the most experienced Cascadian locals.

This Fall, Tyler and I have been making trip after trip to the Mountain Loop; it has become a favorite region of mine, close-ish to Seattle with dramatic peaks that are amazing for single-day scrambles. Last weekend, during our scramble of Forgotten Peak, I had my eye on Vesper Peak, just across the road. Vesper has awesome ski lines in the Spring and I wanted to scout it out for some future adventures.

Cherlyn is a mutual friend of Kyle, and we had met on a recent run with Steve at Cougar Mountain one weeknight. She messaged me that Kyle had told her I was headed to Vesper, so I invited her along.

The trail up to Vesper is straightforward and pretty much plain fun. It was late Fall, so the colors had already peaked and were past their prime. Tyler, Cherlyn, and I started out in the brisk morning…chilly. Low hanging clouds in the Mountain Loop set a mood.

There was patchy snow at times up the first pass. There was a thin layer of icy dew over some of the rocks that made them slippery at times.

As the morning continued, the sun warmed us up and we continued on to the summit itself. We were glad we brought crampons, as the final pitch was snowy and icy.

On top there were magnificent views of Glacier Peak (Dakobed), Sloan, and the Mountain Loop, not to mention the rest of the Cascades.

On the way back down Tyler and I tried to take a funny photo mocking the “Turn Right” marker on the rock. It came out kinda okay.