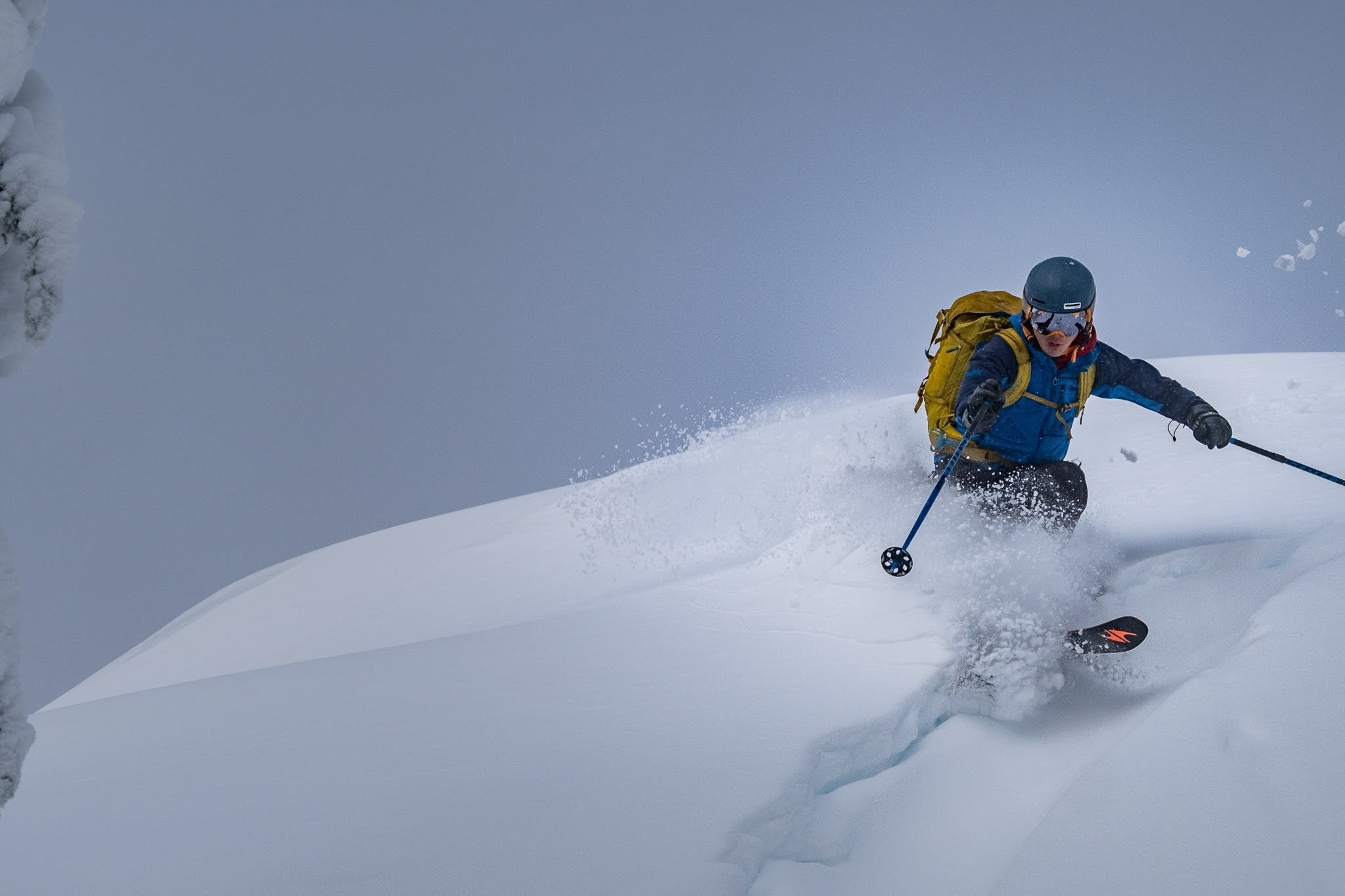 Turkey Day! Normally I would be home in Miami celebrating Thanksgiving with my family…but COVID, you know? Instead, I found myself with Kyle, Logan, and my friend Zach (of Range Meal Bar…check it out!) harvesting power in the Stevens Backcountry. High pressure in November…on Thanksgiving Day…with great friends?!? Sounds like a great time.

We were amazed that we were the ONLY ones in the parking lot at Skyline when we rolled in around 7:30 AM. We thought for sure it would be PACKED! After all…it was Thanksgiving Day and it was Skyline, one of the most popular and accessible backcountry ski tours in the Cascades. Were people sleeping in?

We followed the road up beneath the powerlines towards Skyline Lake, only noticing sledding tracks from a pair of kids who we saw coming down. How was there nobody else here?!?

From the col above Skyline Lake we ripped skins and took our first turns of the day. The snow was deep! 8-10″ on top of rain crust and cohesive…right-side up, just how I like it. The boulder field down to Nason Creek was still quite “lumpy”, not quite a pillow line yet, but the skiing was still good.

We were able to find a place to cross Nason Creek that was snow-bridged and continued up towards Tye Peak. Our goal for the day was to hit laps on the SE face of Tye, lower-angle open glades that would hold good snow. Clouds still hung above throughout the morning, not quite the sunshine that was initially predicted.

We had to cut skintrack for a ways but eventually met up with a day-old or so track that took us up towards Tye Peak. The ridgeline, as Kyle noted, was windy as “normal” and a bit wind scoured. We took notice of the snow on the eastern slopes of the ridge and they did not appear to be wind-loaded; the west side I imagine must have been badly wind affected.

We crested Tye Peak and transitioned for our first lap down. The snow was going to be GOOD! I made my way down a few turns so I could snap some photos of the rest heading down through the powder.

Kyle had brought his “freeriding setup” of 102mm underfoot skis and he was RIPPING! On our third lap he and Logan stamped down a jump to launch off of; Kyle wanted to get a “soaring eagle” pose, like his friend Jon does so often. GOT IT!

We took 5 laps on the SE face of Tye, aiming to get in 5,000′ of vert for the day. The goods just kept on coming with each lap!

We were back at the cars by 2 PM and headed back home for Thanksgiving meals…what a good way to spend Thanksgiving! Skiing with friends…nothing like it.