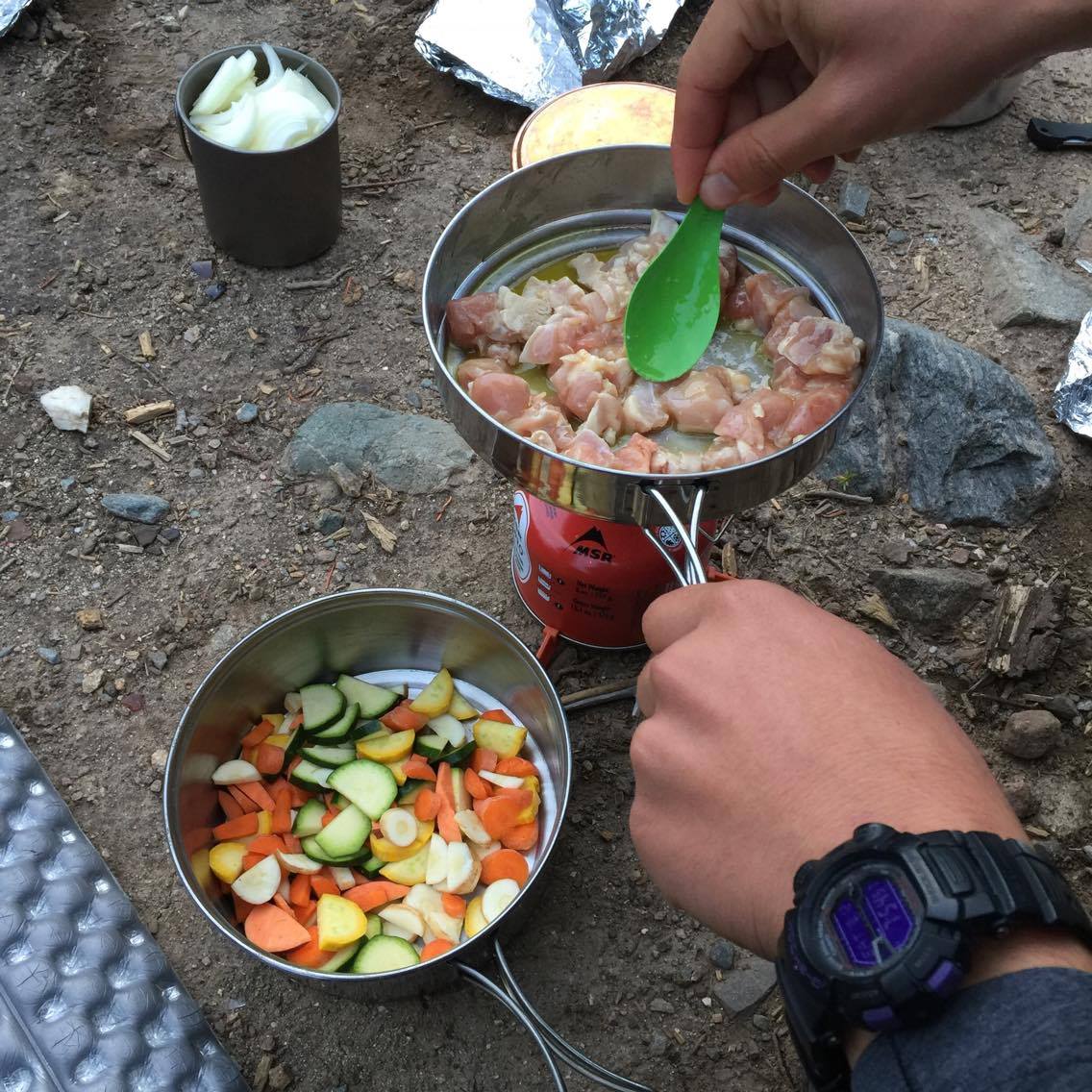 What do you think of when I say “trail food?” For many people, the immediate thought is granola and Mountain House. But does it have to be this way?

|| The Realization: Food CAN be tasty on the trail ||

At the beginning of my backpacking adventures, I followed the conventional approach to “hiker food.” I brought a ton of snacks, a mix of granola bars and trail mix that kept my blood sugar stable enough until larger meals, that mostly consisted of (a) oatmeal or (b) tuna. Was it bland, yes, but was it easy, also, yes. It was repeatable and cheap, and at the time, that was good enough for me.

After a while, however, I was ready for some change. The same old same old was just not cutting it. Food was turning into fuel rather than a gastronomic artwork. There had to be a better way, I thought. And there was (and is).

|| Getting Out of Your Comfort Zone ||

I started perusing the web for trail recipes. Slowly, link by link, I began to open my eyes to a new world of backpacking. Huh. . . food doesn’t have to suck on the trail?? I saw people experimenting with re-packaging their own freeze-dried meals, people testing out extravagant dishes with dutch ovens, and hikers craftily using aluminum foil and fire to roast savory combinations of meats and vegetables. 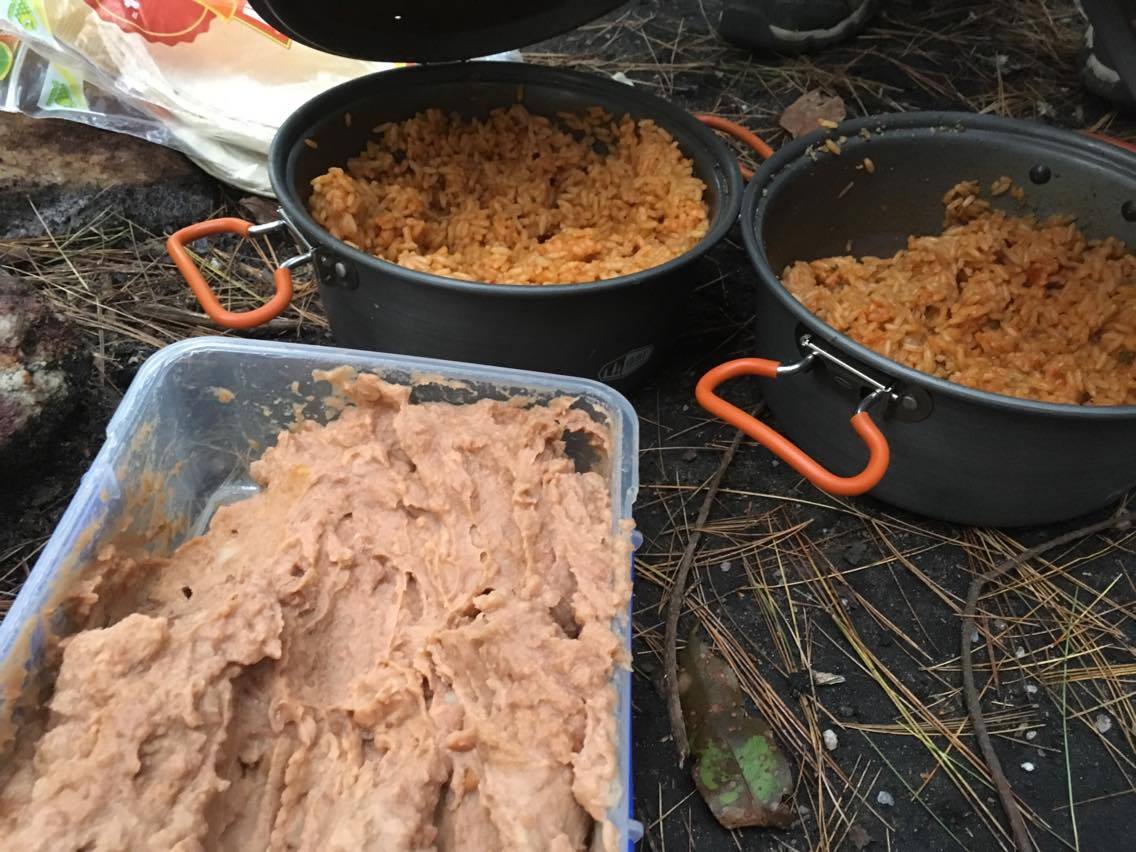 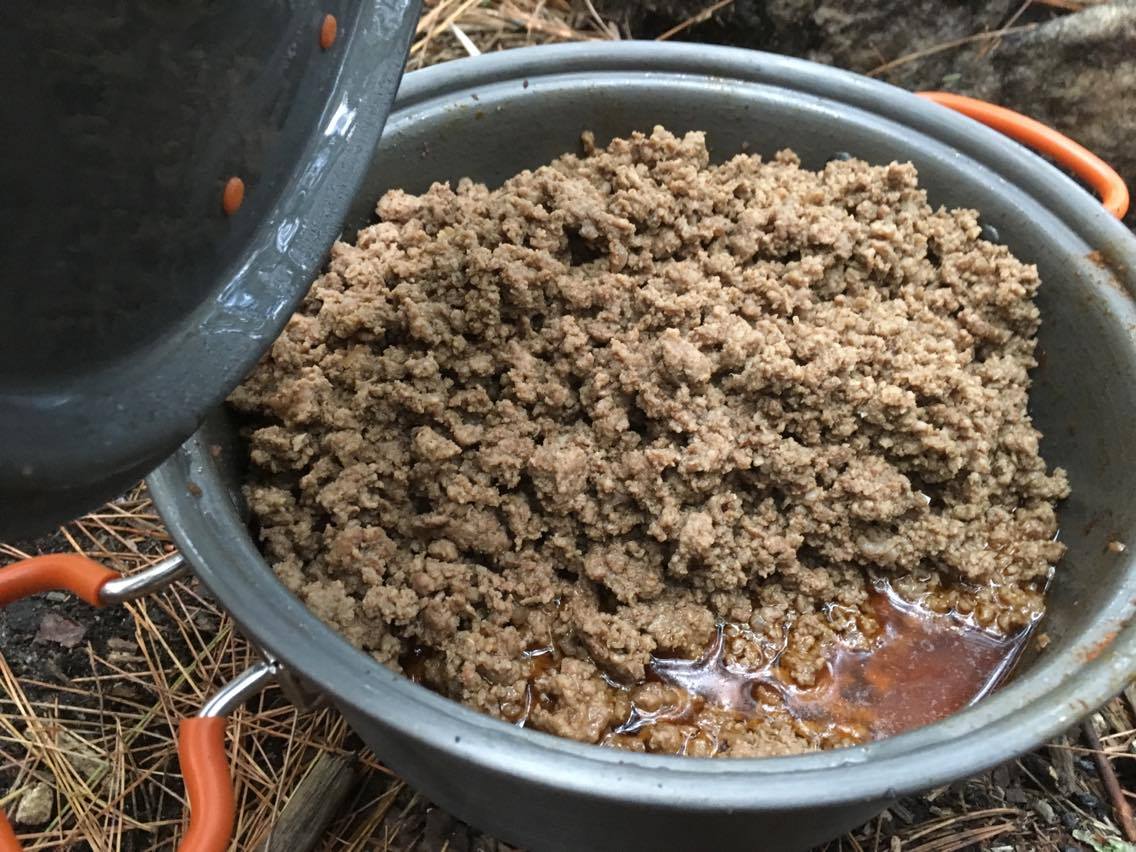 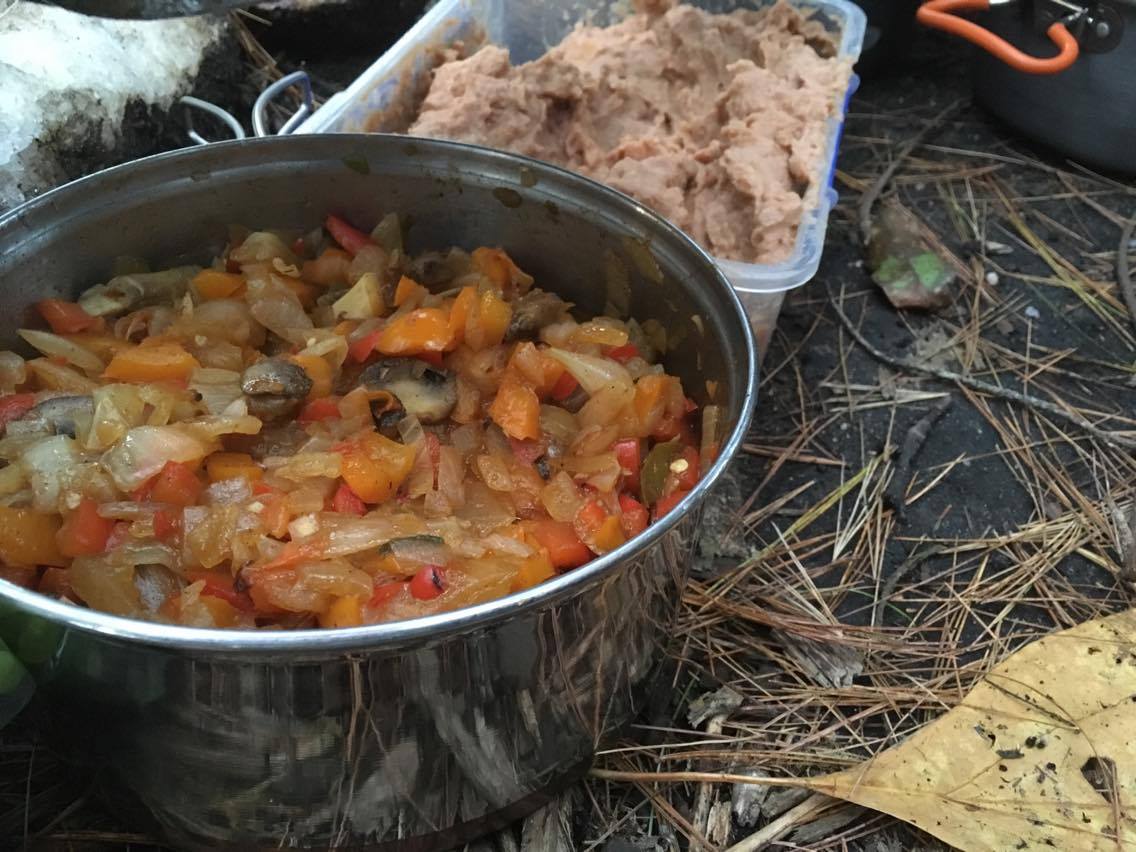 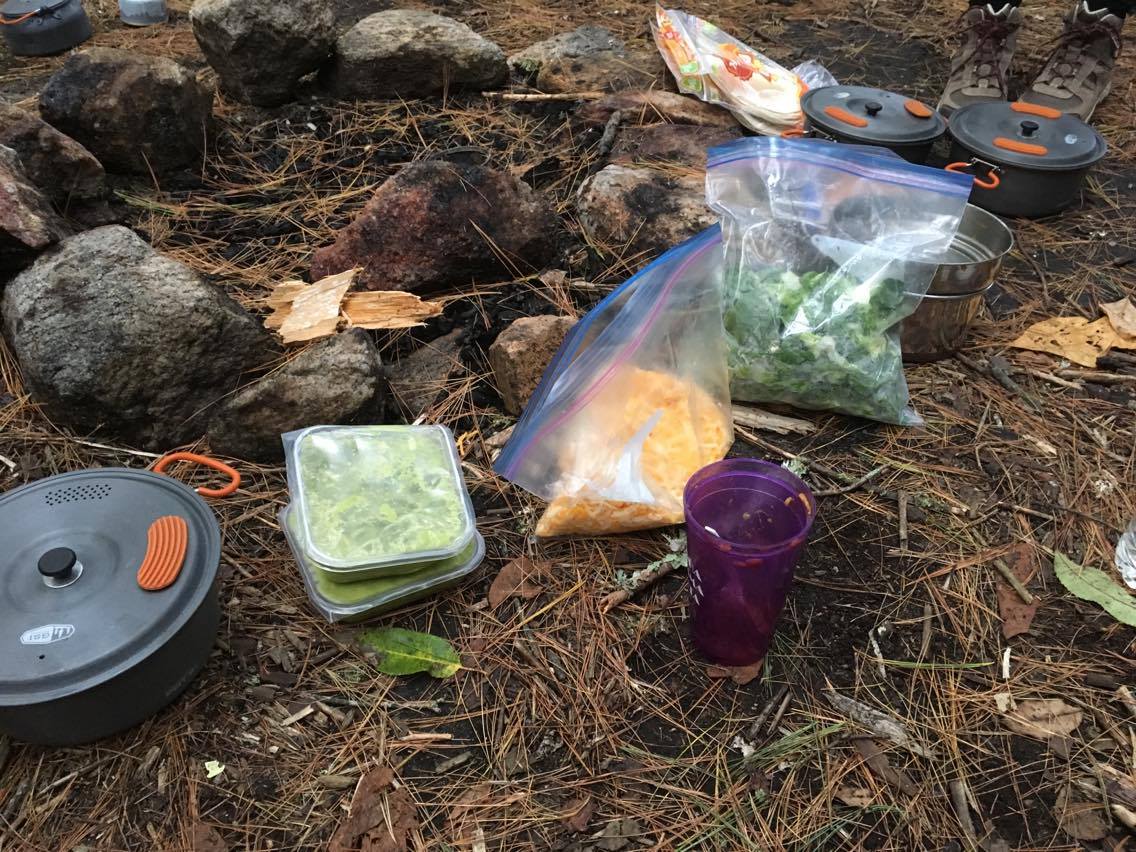 Cooking in the backcountry is NOT an exact science. There is a great degree of trial and error, and a lot of “eh. . . that will work.” It takes patience, a willingness to fail, and a few vulnerable taste buds. The first time I tried to cook a steak on the trail I managed to cook the aluminum foil INTO the meat. That was fun. The first time I tried to cook pizza I ended up having to drink a full can of San Marzano tomatoes. That wasn’t so fun.

A not so pretty creation. My first failed attempt at roasted asparagus in foil.

Eventually, I was able to realize what might work, and what wouldn’t work so well. Sauteed ground beef became a staple of mine, as it was easy to freeze the night before and let thaw during the day, and it made delicious taco meat. I realized that sauteed vegetables were an easy fix, and I began to throw together onions, mushrooms, peppers, and tomatoes. And by mistake, I realized that cakes were possible too (either that or I was really, really bad at making cookies).

Sauteed chicken and vegetables has become a staple of mine.

Cooking can add flavor to your hike, both literally and figuratively. If you hike the same trail over and over again with the same granola bar in your hip belt pocket, things can get old real fast. Yet having an experiment on each hike makes the experience unique. You can remember back “on that one time when we ate tacos” or “that one time when Sam failed so miserably at making pizza that he ate 2 lbs of mozzarella cheese.” 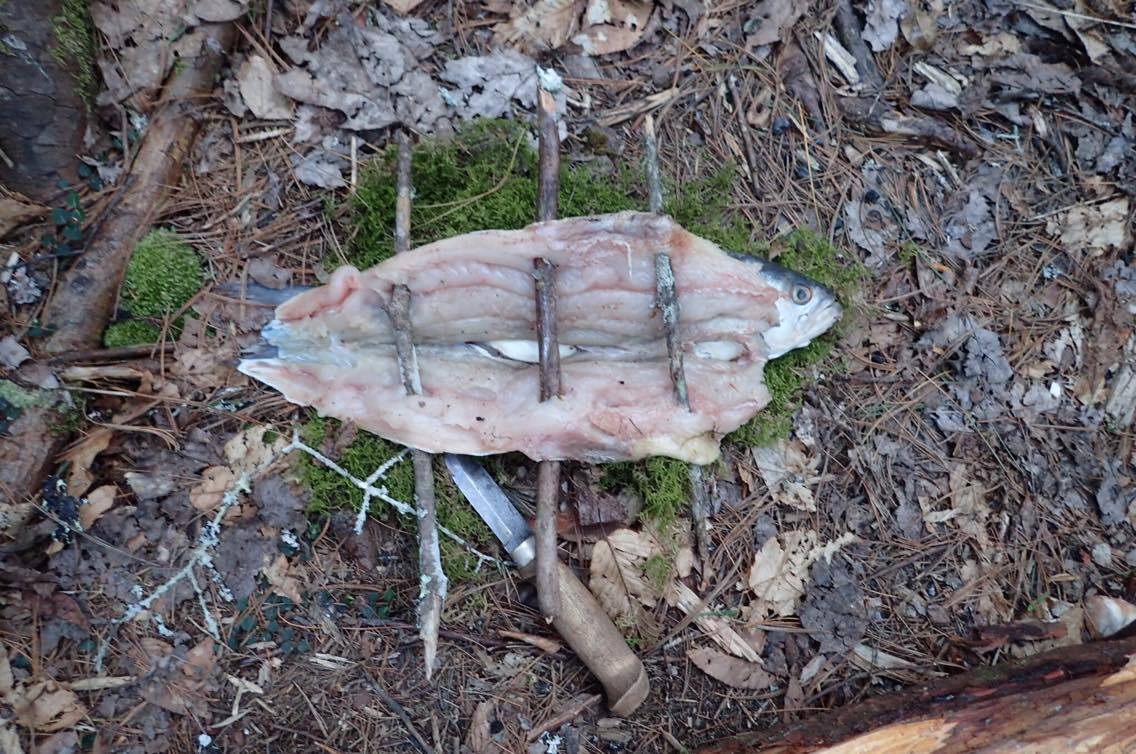 This post is simply meant as an introduction to a Trail Kitchen series of posts, where I will share trail recipes I have developed or come across through my travels. Think of this as the appetizer, with the main course (or courses, rather) to come. I encourage you to think outside of the comfortable and repeatable and be willing to experiment with an idea that excites you. Craving jambalaya? YOU can make that. Curious how you can make Shepherd’s Pie? Try it. You might have to endure a few failures before you get your masterpiece, but it’s worth it. I guarantee you that.