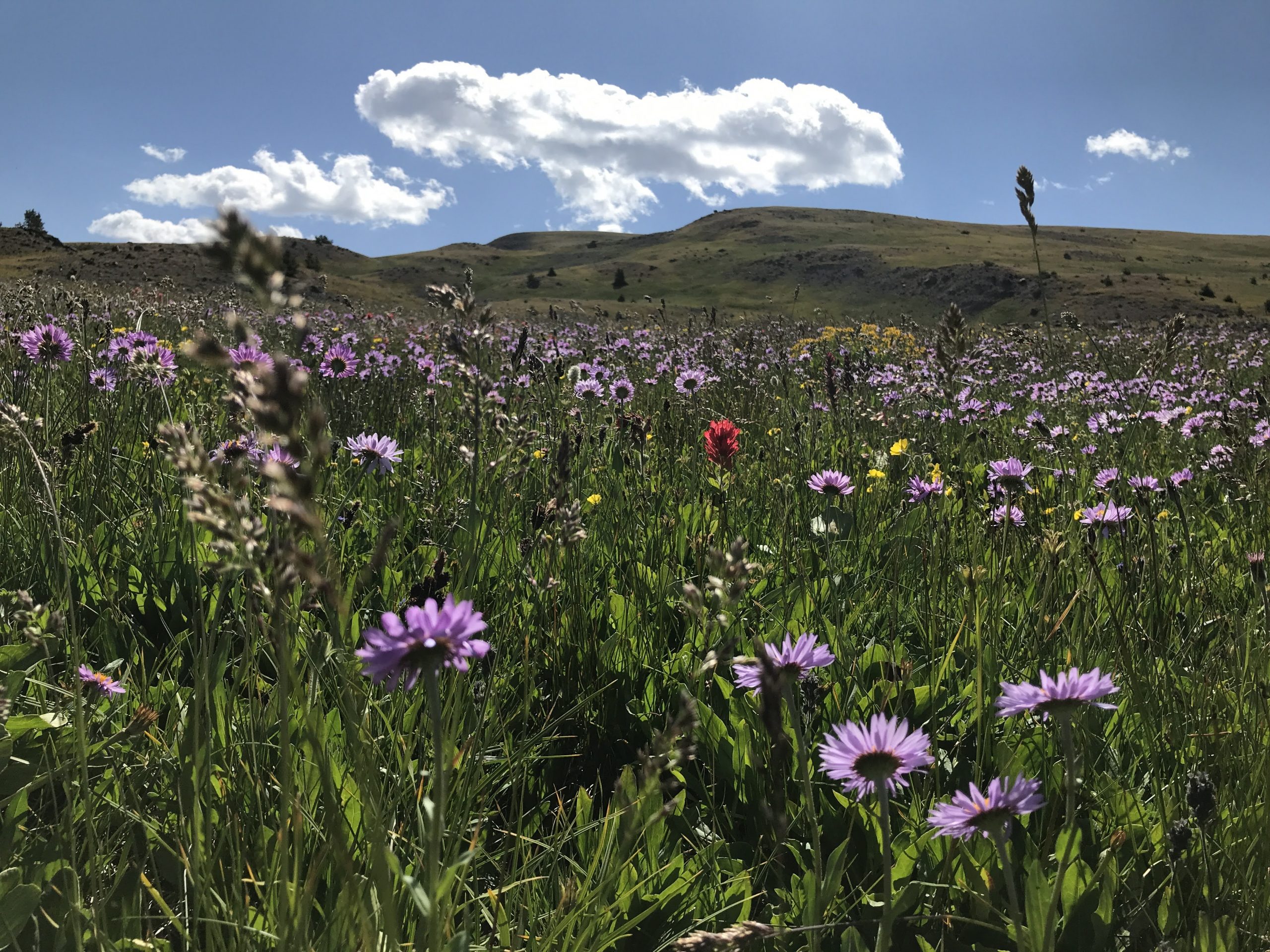 Kyle and I were past the halfway point on our 2020 roadtrip across Montana and Wyoming, and had a day for exploration after completing the Wind River High Route. Kyle had been eyeing the Togwotee Pass area just east of the Tetons and I was up for some exploring. I had never heard of the area, to be honest…it was completely off my radar. I was in for a treat.

The Togwotee Pass area is just off Highway 287, around 30 minutes from the Moran Junction north of Jackson, WY. It is a popular spot for snowmobiling in the wintertime, but in the summertime it seemed an infrequently visited spot. The topography of the area is intriguing: high plateaus that stretch for miles, with shallow but dramatic valleys intertwined. Access to the plateaus seemed easy: just a few thousand feet of vertical gain, as compared to Cascades, where glacially carved valleys strike upward at a steep grade.

The real “challenge” to exploring the areas was the trail system, or rather, the lack thereof. In his research, Kyle could not find much information about the existence of trails, or the condition/state of those that existed. The Continental Divide Trail passes through the area at one point, but other than the CDT there was not much. That excited both of us…and we headed up for a day of exploration.

I was still recovering from a knee injury a few months prior, so my running fitness was a bit low…being 100% honest, I was a bit intimidated with the challenge of keeping up with Kyle on the run. Kyle was in excellent running shape, able to complete 40+ mile days with thousands of feet of elevation gain. I was up for the challenge though, and knew that worst case scenario I could power walk.

We had initially planned to camp at Brooks Lake near the boat launch and head up towards Bonneville Pass from there, circumnavigating Brooks Lake to reach Bonneville Creek, from where we could begin climbing up the drainage. Kyle chatted with the camp host, who told him that there was a trail up to Bonneville Pass that started just a little ways up the road from the lake….good beta! We hopped in the car and drove a few minutes up to the Bonneville Pass trailhead, where we camped out for the night.

The trail up to Bonneville Pass was well kept, even though it was not marked on our maps…LOL. Just a few miles and we reached the pass…such little effort for such great reward! Once we reached Bonneville Pass, our objective was to climb up onto the plateau above…we quickly deserted the trail and began climbing up, over low tundra and grasslands. Just a short 500′ climb and we were on top, with expansive view over the entire region. WOW…that was easy. Tetons, Yellowstone, Wind River Range, we could see it all! It was going to be a good run.

We had set ourselves a “goal” for the day: reach Coffin Butte and look over at the Du Noir Glacier. Our estimate of the round trip distance for the outing was around 16-18 miles, depending on how much wandering around we would do. From the plateau above Bonneville Pass, we would follow the plateau over to Coffin Butte, look over at the Du Noir glacier, and then return the way we had came…an easy out and back. From our vantage high on the plateau, we could see that route finding would be fairly simple. The terrain appeared to be low tundra, perfect for jogging and power walking. It did not appear that there were many, or any trails, but that didn’t really matter. The line of sight was so clear…we could even see some tarns to fill up on water! Oh…and the wildflowers, simply amazing.

On our way across the ridge towards Coffin Butte we came across a faint remnant of a trail…INTERESTING! Along the way I tripped on a rock and lost my water bottle…clumsy me. Kyle was extremely generous and lent me one of his soft bottles to use…thanks Kyle! I filled up in one of the tarns and we continued up towards Coffin Butte. My legs were feeling good! We were around 8 miles in and I still felt strong. Promising!

The “climb” up to Coffin Butte was a bit of a misnomer…it was so gradual you hardly could tell that you had crested it when you were on top. I looked at my map and re-positioned myself to head over towards the Du Noir Glacier. Within a few minutes, Kyle and I found it…looking more like a snowfield than a true glacier. Still cool though!

It was windy on top of Coffin Butte, so we munched on a few snacks and began the jog down. As Kyle writes in his trip report of the run, “it felt like running into infinity.” I couldn’t say it any better, so I won’t try to.

We followed our track on the way back up until the point where we had descended from the pass above Bonneville Pass. Here we tried to cut over across a drainage towards Bonneville Pass, rather than climbing up onto the plateau only to descend back down. The dirt was loose but we were able to sidehill our way back to Boneville Pass, where we picked up the trail again and cruised back down to the car.

I was surprised by my fitness…18 miles and I didn’t feel sore or tired. Granted, I had basically walked all the uphills and jogged the downhills, but it was movement in the right direction for me. Overall, a great day exploring the area and some very interesting terrain to come back to.