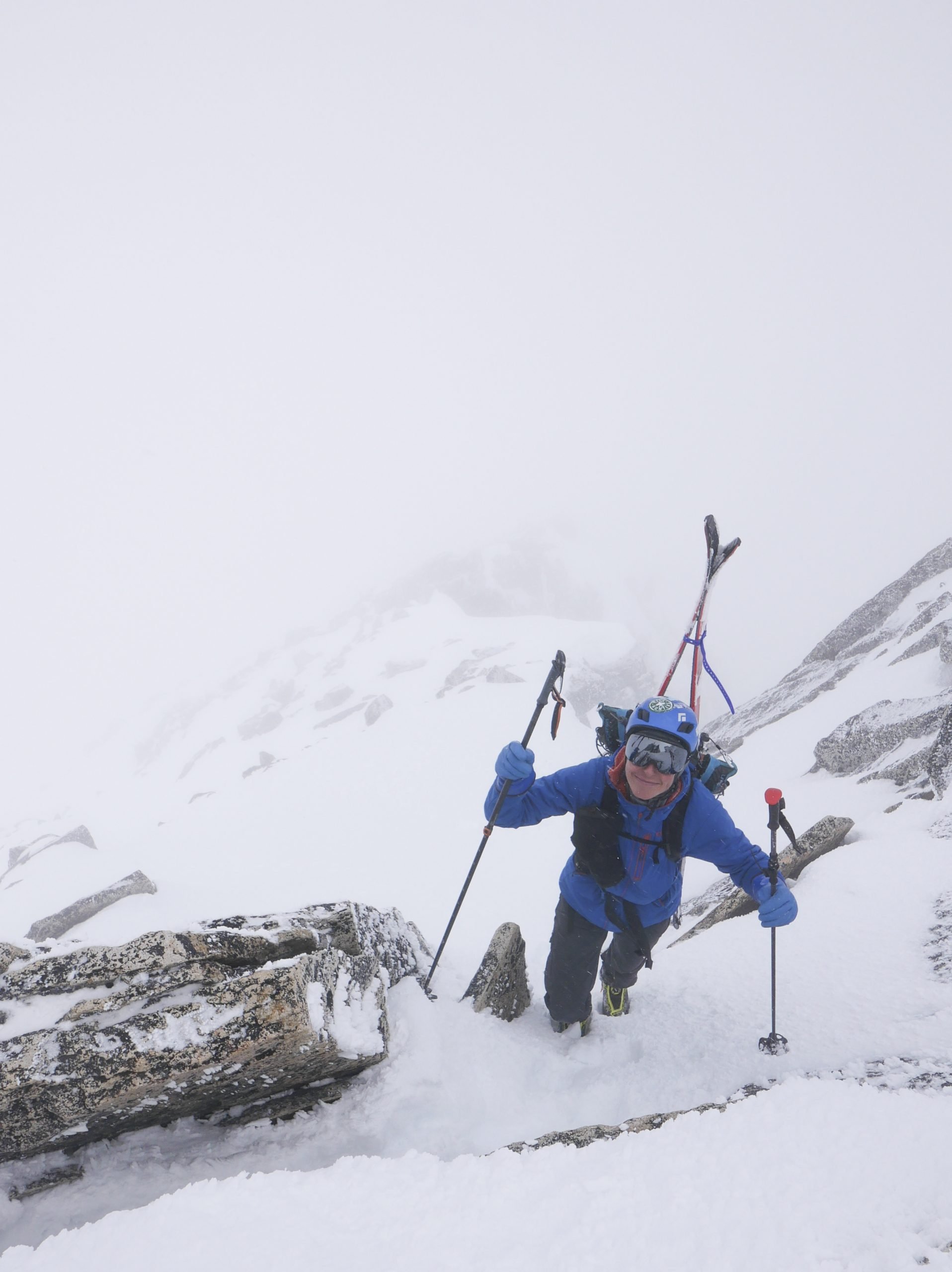 Memorial Day Weekend and Washington Pass had just opened the week before! I had never been up to the area and had heard that it tended to melt out quickly after the road opened, making it a time-sensitive spot to get to before other spring skiing.

Silver Star Mountain stuck out as a great day trip: north-facing, on the eastern side of the pass protected from westerly fronts, and a classic ski line down the Silver Star glacier. What more could I ask for?

Based on SNOTEL data and USFS snow level overlays on Caltopo, it appeared that the snow level was hovering right around 5,000′ on most aspects, maybe a littler lower on northern aspects.

Two friends of mine, Michael and Dan, and I spent the night in our cars at the pull-out off the highway. We planned to start around 5 AM. The forecast was the following:

The cloud cover was promising: it gave us more time to make our way up and down the mountain before heat and solar radiation began to make wet slides a concern. We planned to start in trail runners from the pull-out, knowing there was not snow for the first few miles of the approach.

For the first mile up to the Silver Star creek basin it is flagged with pink flagging tape. It is well-marked, easy to follow, and actually has some switchbacks, what a concept!?!?

At around 4,800′, there is a cascade and the drainage basin levels out to the north. Many climbers choose to cross over Silver Star Creek to the W at this point. We found downed logs and trees across the creek, and managed to cross delicately. While there is no “right” place to cross, I would certainly recommend crossing no lower in elevation than this point at 4,800′.

We had hit patchy snow starting at 4,500′, and we could tell that the snow level was starting to become full by 5,000′. Once we were across the creek at 4,800′ and into tree cover, the snow was quickly full over ground cover. We kept our trail runners on, however, as the snow was littered with downed branches, leaves, and other debris that would have make skinning quite “dirty,” not to mention that the cloud cover was keeping the morning crust firm and stable enough to walk on. Every now and then Michael would posthole in the front, blazing trail, but for the most part the travel on foot was easy through the drainage basin.

We transitioned to ski boots at the base of the slide path, but still we kept our skins strapped to our packs. The track up the slide path was thick alder and we had to slash our way through it. Skinning it would have been miserable; skiing even worse.

Once we reached around 6,200′, we topped off the slide path and threw on our skis and skins to begin traversing to the E towards the Silver Star Glacier.

The snow surface was ICY, and after slipping once we threw on ski crampons and got out our Whippets to add some security. Carefully, we cut switchbacks on our skis through the gully, to where the pitch lessened further up the Silver Star Glacier.

Low clouds kept visibility low and winds remained blustery; it was not quite “ping pong ball” visibility, but we were not able to see the peak right in front of us. Thankfully, navigation up to Silver Star Col is very simple: gain the glacier and head S to the col, which is glaringly obvious on the topo maps.

Visibility deteriorated as we got closer and closer to the summit ridge, and we decided to take off our skis and boot up to the col. In better vis, we may have opted to skin our way up the final slope to the col, but with such low vis we felt more comfortable booting.

Once at the col, we took a quick left hand turn up towards the summit block, which was around 200 feet above us. The snow was firm and our boots penetrated well with crampons on.

We found some refuge behind a large boulder on the summit, and transitioned to skis for the ride down.

We scraped our way back to Silver Star Col, weaving through rocks. In low-visibility, all of our turns were cautious, as we couldn’t easily see the run-out below us. Once we dropped onto the Silver Star Glacier below, our visibility improved, and we cruised the dust on crust back towards the Silver Star Creek below.

We opted to ski down on the E side of the drainage down to Silver Star Creek, rather than following our ascent path to the W, which was full of thick alders. We were able to slip and slide our way down mushy, early afternoon snow to the drainage basin, where we threw back on our trail runners and followed our tracks back out, the way we had come.