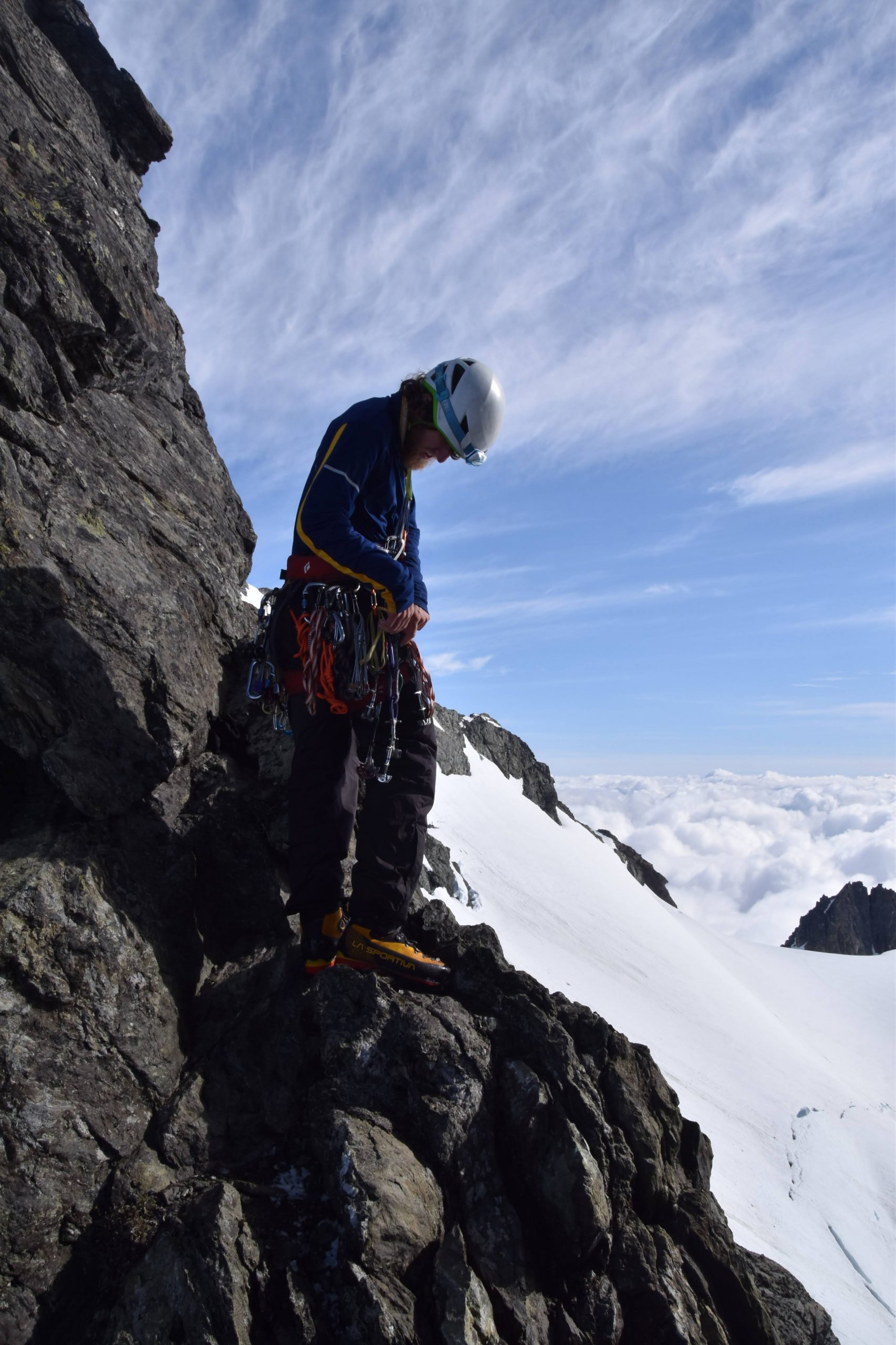 In the summer of 2019, by buddy Hans Webster and I road-tripped from Portland, OR to Seattle, WA, climbing volcanoes along the way. This was the fourth in the trip.

Hans and I planned to cap off our Cascades slam with Shuksan, the gem of the North Cascades (in my opinion). We took a half day in Seattle to clean up our gear from our climb of Rainier and then made the drive up Baker Lake to the Shannon Ridge Trailhead.

Our plan was to camp the night on the Sulphide Glacier, summit the next day and hike out. We planned to climb the SE rib variation on the summit block, instead of the direct South Gully, which is noted for being chossy and loose 4th class rock. Ew.

There were high clouds shrouding Shuksan throughout the afternoon, but looking back at Baker Lake was quite the sight.

We hiked up through the notch to the climber’s left of Sulphide Point, where we transitioned to nearly full snow. At this point, we were socked in clouds. The Sulphide Glacier is so low angle that it wasn’t a huge concern to us, but it was definitely a bit disorienting. Wet, cold, and tired, we made camp as the sun set around 9 PM.

The next morning we woke just before sunrise and began our climb up the low-angle Sulphide Glacier. It felt like a long ramp, to be honest…so low angle. We put on a rope, as we did encounter numerous open crevasses. Finally, around 7,500′, we poked out of the clouds and got our first view of the summit pyramid.

We climbed to the noticeable notch along the ridge on climber’s right, where the SE Rib begins. The wind howled through the notch, and Hans strapped on his climbing shoes to lead the pitches. We had a thin rack of cams and nuts, and simul-climbed all but one short section where Hans quickly belayed me up.

For the most part, the climbing was fun, airy, and good quality rock. We met a group of climbers on the summit that had just finished the Price Glacier route, a MUCH harder mixed rock and ice climbing route. They were gripped.

On the summit, Hans and I snapped a few quick pictures, with Baker (Kulshan) poking out in the distance.