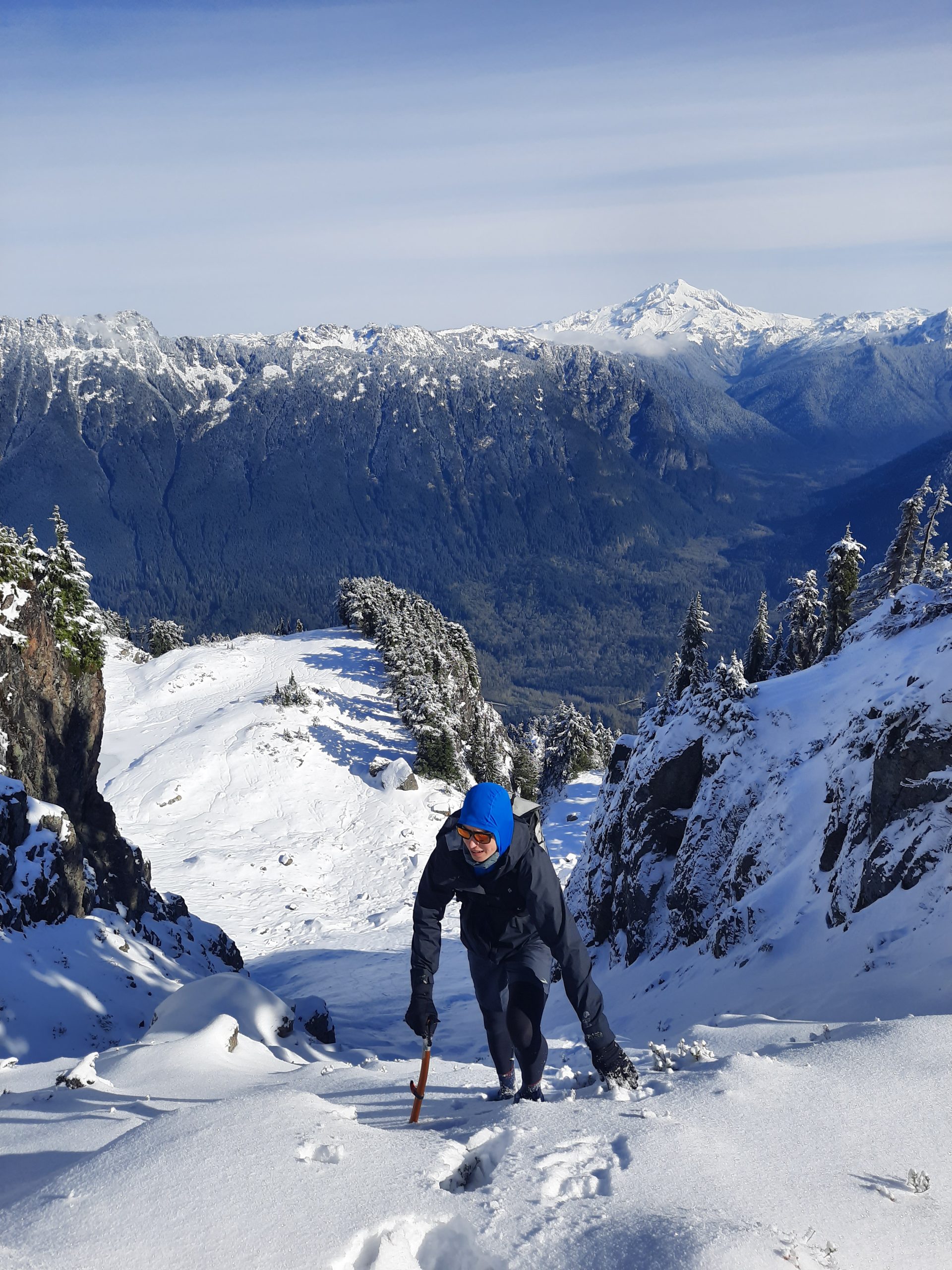 Fall colors were past their prime and shoulder season was in full swing. Friday and Saturday had brought wet snow to the Cascades, lowering the snow levels to 3,000′ or so. With temperatures dropping into the low teens, many of my friends went ice hunting, looking for some pitches up in the North Cascades. I opted for a scramble with Tyler to Mt. Forgotten in the Mountain Loop, a 13 mile scramble that would give us awesome views of Glacier, Sloan, and the entire Cascade Range.

Tyler and I headed out of Seattle at 7 AM, just as light began to rise over the Cascades. Driving out on I-5 north towards Everett we could see the entire Cascade Range, not a cloud in sight. It was going to be a good day!

We made it to the Dickerman-Forgotten trailhead around 9 AM, with many cars already parked. We figured most of the people were likely going up to Dickerman or just up to Forgotten Meadows, so we would have the mountain to ourselves eventually.

It was COLD…below freezing in the parking lot so we got moving quickly. We began our trot up the trail towards Perry Creek, hearing the crunch of frozen ground beneath our feet. Frozen ground turned to snow as we crossed Perry Creek and began to climb up towards Forgotten, switch back after switch back. I felt giddy gliding along the snow covered trail, reminded of my happy place…WINTER!

We stopped for a snack break overlooking the Cascades…Sloan, Glacier, Eldorado, Shuksan, Baker, all in view. What a day!

Once we reached Forgotten Meadows the bootpack ended and we began to forge on ahead on our own path through the snow.

We would traverse across the bowl beneath Forgotten towards the northern side, where a gradual ramp would lead up to the summit from a high tarn. The traverse was not obvious at first in the snow, and we spend around an hour going in circles trying to find a logical path.

Eventually we found it, marked with barely visible flagging tape, and continued to traverse around to the tarn. Our feet got colder with each step as we punched through a frozen crust layer that had formed overnight from wet snow re-freezing.

From the tarn we continued up the snow ramp to the summit, Petzl Gully axes in hand. We didn’t need microspikes, though we carried them, as our feet sank mid-calf deep with every step, plunging through the punch crust.

From the top we snapped a few photos, ate some food, and continued back down, cold and ready to warm our feet again. On our descent back down we saw two hikers heading up the final snow ramp, to our surprise. Two Europeans, one forging ahead punching his fists into the snow for security…the other holding his dog in a chest carrier like a baby. CLASSIC!

We followed our foot steps back down to Perry Creek and trotted back down to the trailhead, a 7 hour round trip in the books. It was slow, cold, and a LOT of fun!