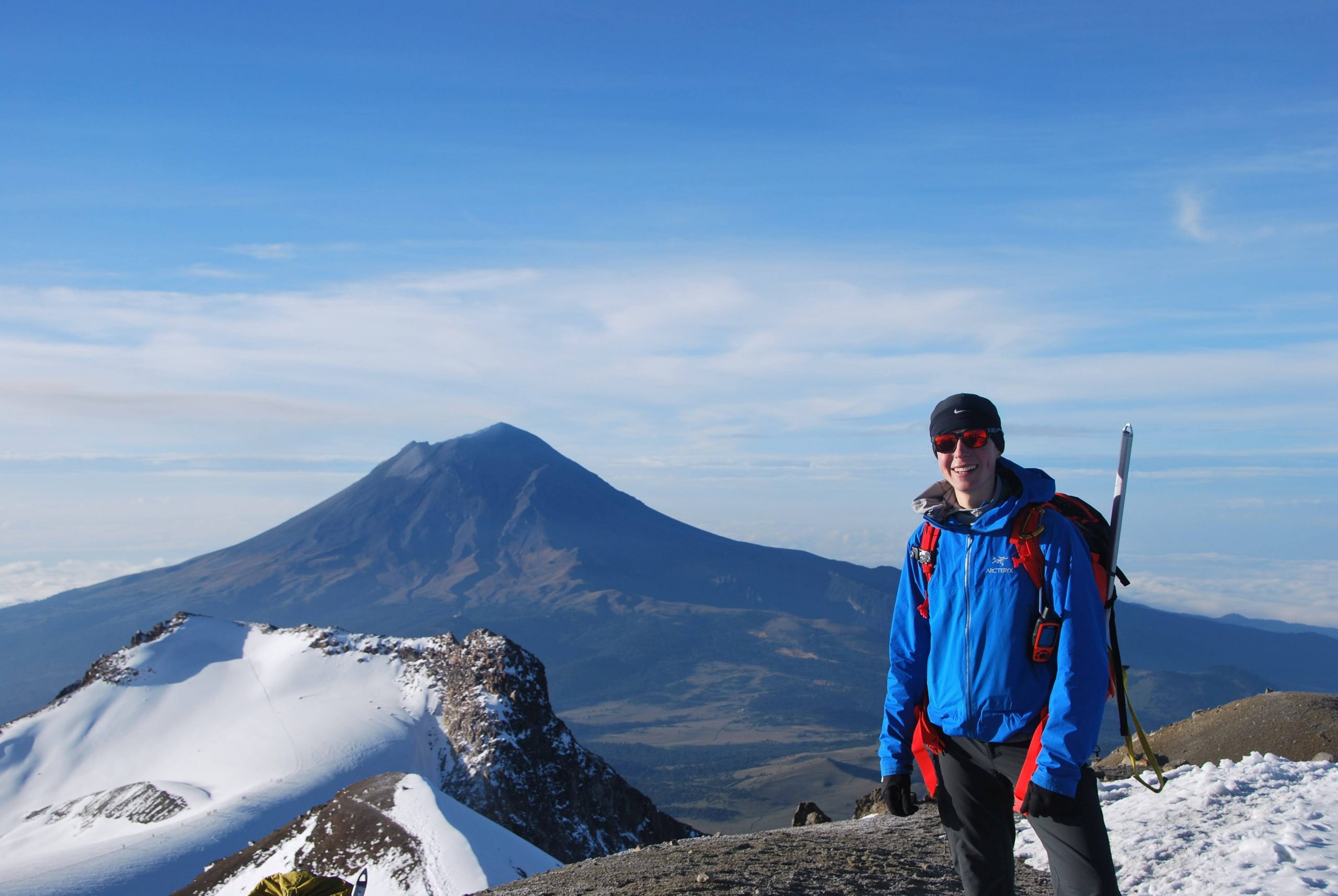 Picture this…I am sitting in a Thermodynamics class at Georgia Tech. It is 8 AM on a Tuesday or Thursday morning, I can’t quite recall (I am writing this almost 2.5 years later). Trey and Justin stroll into class a few minutes early, quietly shuffling over to a desk near me. It is late September, and every student has Fall Break on their minds, ESPECIALLY me. Every long weekend off from school, I try to get outside. This time, though, I have a bigger idea: MEXICO!

Going to school in Georgia makes mountaineering tough to come by, but in one of my Google Maps procrastinating sessions I realized that Mexico was not all that far from Atlanta, by plane. And flights to Mexico City were surprisingly cheap…only $350 or so. Huh…

I knew that Mexico had some ultra-prominent volcanoes in its central region, notably:

Returning back to my chair in Thermodynamics class, Justin and I were chatting about this and that when he asked me, “So…what are you doing for Fall Break.” I shared my idea with him, and a light seemed to flash across his face. “That sounds awesome man!” My response was, “Yeah, it’s gonna be fun…you can come in you want.”

Justin had backpacked around Georgia before, but mountaineering was a new concept to him…”Uhhh…that sounds dope! What’s involved?” From there, class just began to start, as the professor began to write up formulas, equations, and free-body diagrams on the whiteboard. I told Justin to come by the Outdoor Recreation department where I spent almost all my time, and I’d share more details with him if he really was interested in tagging along…and he WAS!

In the background, Justin chatted with Trey about his Fall Break idea, and Trey was intrigued. Trey had grown up in Texas and had done some backpacking in Colorado, but he too was interested in this “mountaineering” thing that I was talking about, and it seemed like a cool opportunity. Justin, Trey, and I had been in a project group together in a class the semester before, so we all knew each other. The next class period, Trey mentioned that he was interested in learning more about the trip, too, if that was okay with me.

And so the seeds were planted…Justin, Trey, and I began to chat more about the details of the trip, the physical, technical, and gear requirements, and we laid out an itinerary. As an all-engineering group, we leaned on what we knew best: spreadsheets.

|| Getting to the Trailhead ||

We packed into our tiny Chevy Beat and headed along the Avenue of the Volcanoes towards Iztaccihuatl-Popocatapetl National Park, high in the clouds above Mexico City. The “trailhead” is called La Joyita, and is a small parking area in the foothills beneath Iztaccihuatl. To enter the national park, one must first pay the entrance fee at the park entrance.

Once we paid our entrance fee, we were handed a small ticket, which served as our “pass.” We hopped back into our car and followed the road further down towards La Joyita.

The La Joyita parking lot gave us a glimpse into the clouds above, which hid the mountain above us. Cars were strewn about; many people were up here for a day hike up to the various saddles of the mountain, others were part of guided parties. As three American college kids, we were certainly outliers.

The trail to high camp winds up the side of the Iztaccihuatl massif, through low bush and along a dirt path. The trail starts up on the W side of the massif towards a saddle, after which it continues on the E slopes.

With the low clouds overhead, we trekked up to high camp, starting at just below 14,000′. It was a big change in altitude, coming from Atlanta just days prior at 1,000′ above sea level.

We took our time up to the refuge, using the day as acclimatization. The trail was very easy to follow.

The characteristic of the trail changes once you reach the shelter:

We reached the refuge at 15,500′ in the mid-afternoon, and were surprised to find that it was being worked on by volunteers, who were painting and refurbishing it. We had brought a tent with us, but had hoped to sleep in the shelter. Looked like we were going to be using the tent after all. We pitched our tent just behind the shelter in an old bivy site, where climbers had cleared rocks and made a nice tent platform.

We had purchased food for the night in Mexico City and planned to cook up a stir fry of chicken, avocado, onions, and some peppers. Unfortunately, due to the high altitude, the food did not sit well in neither Trey nor Justin’s stomachs, and they had some indigestion (to put it nicely). I had forgot to emphasize to them that at high altitude, simple carbohydrates and easily digestible foods are critically important. We had packed simple grains and performance bars for the actual hike the next day…those would do.

We set down for the night early, planning to rise well before sunrise to get through the snowy portions of the route before the sun began to cook it. The Las Rodillas route of Iztaccihuatl, for the most part, traverses dry, rocky trail, and only has snow travel for the final portion. There are no major glaciers to cross or crevasses to navigate, so one could argue that there is not a “need” for an alpine start; however, weather typically develops in the late morning and early afternoon, so to us the advantage was to be off the mountain before clouds and storm systems rolled in.

From the refuge/high camp, the trail steepens significantly up through a series of rock bands. It is mostly scrambling and rocky underfoot, but in the dark it can certainly be tricky to manage and navigate.

The route we took is called “Las Rodillas” and is notorious for its many false promontories. Simply put, it winds up and down along a ridgeline for a few miles, with numerous false summits. In all likelihood, you aren’t there yet…

We set out in the dark and were able to slowly make our way up through the rock bands and along the ridgeline as the sun began to rise over the eastern slopes. We had a beautiful morning sunrise over Pico de Orizaba in the distance…

The sun rising gave us a clear view over the expanse of central Mexico below…and the smog above Mexico City, sadly. From the city there are now few clear days where you can see the mountain due to the smog clouds.

There are two “summits” to Iztaccihuatl: one closer along Las Rodillas and one around a mile across the summit crater that is technically the “true” summit. We reached the first summit mid-morning, snapped a few photos, and eagerly continued on the trek towards the “true summit.”

The trek across the summit crater is full of snow and much less travelled than the route up to the first, false summit. Fortunately for us, the snow was compacted by solar radiation; in loose, fresh powder it would be a miserable slog.

Justin and Trey had brought “summit beers” along; on the summit, they cracked them open for a quick sip, only to learn how miserable beer tastes at 17,000’+. I laughed.