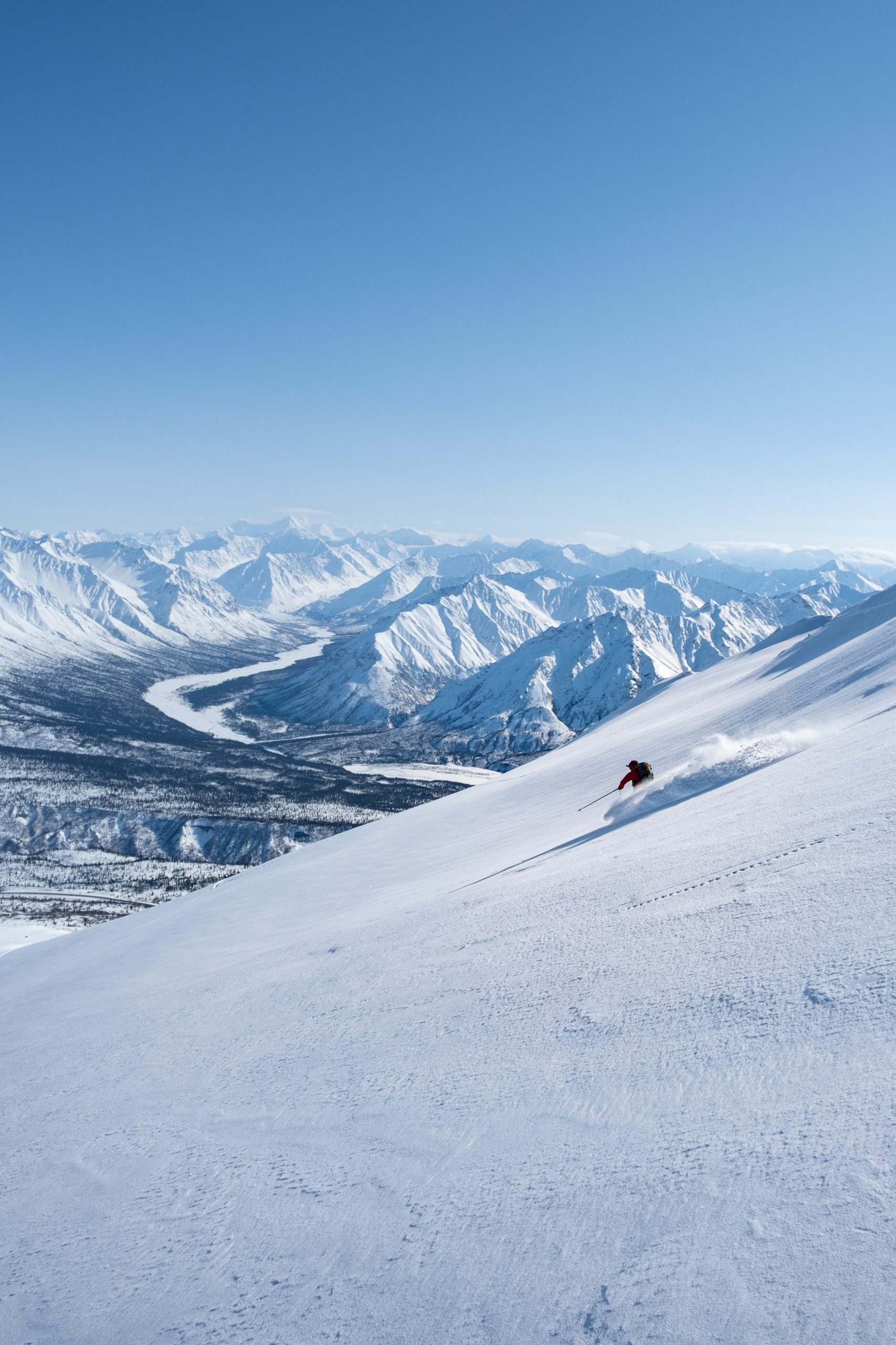 Anthony and I bailed on our objectives in Thompson Pass after an outflow wind event messed up most of the terrain that we wanted to ski, so we hit the road and drove back towards Anchorage to do some skiing in the Chugach and in Turnagain Pass. On our way back, though, we were admiring this random peak off the side of the road. There was a pullout….we stopped…got out of the car…touched the snow…and went like “well, this looks fun.”

Anthony, being a peakbagger, remarked “it has 3,000′ of prominence…we NEED to go to the top.” I thought there might be corn…the skis were on and we went touring!

With absolutely no beta except looking at the peak from the road, we began skinning from the pull out and found the travel quite easy. The approach honestly felt like the South Sister in Oregon or Mt. St. Helens in Washington…low angle all the way up. The difference here were the views of the central Matanuska Valley; we could see Mount Marcus Baker, the tallest peak in the Chugach, hovering high above the Matanuska Glacier. Magnificent!

Within about 2.5 hrs we were at the top, after 3,500′ of climbing. The snow had turned to blower powder at around 4,700’….WHAT?!?!? We were gonna get treated with blower pow’ after stopping on the side of the road?! What more could I ask for?

On our way down, we thought about skiing a south facing chute, but after skiing into it I felt a crust that we didn’t like, so we used the low angle ridge that we had skinned up. There were some layers of buried hoar that we didn’t like the feel of, and at one point Anthony even felt a ‘whumpf’ collapse underneath him. We were on terrain below 30 degrees, but still scary.

The snow was so damn good we had to hit another lap before hitting the road again. The positioning was just fantastic! And after being cold and windy all morning at Thompson Pass, being warm and in our baselayers was a nice change of pace. We skied powder and then corn all the way back to the car before hitting the road to Anchorage.