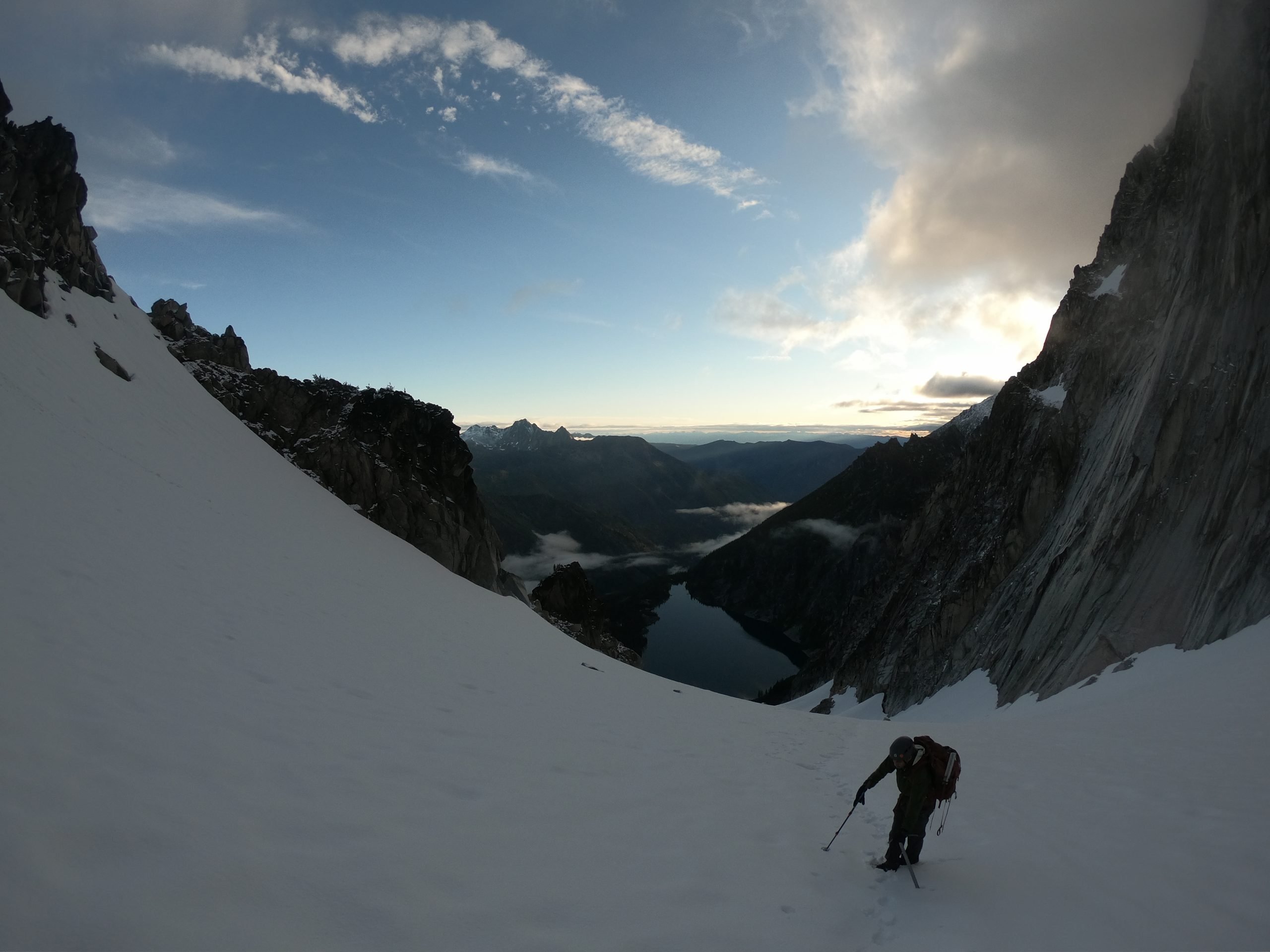 My month in the Cascades continued after Hans had left our Cascades volcano tour. This time, my friend Kyle flew in from California for a weekend of climbing and mountaineering in the Cascades. A bleak weather window threw us a curveball, with lots of rain in the forecast.

We opted to head up to Dragontail Peak; at the time, neither of us knew anything about it. Little did we know it was one of the most popular hikes in the entire state. To be honest, we were completely oblivious of it all; we drove up to the Colchuck Lake trailhead and self-issued a day-use permit. Unbeknown to us, we needed an overnight camping permit for the Enchantments, which would have been impossible to come by.

The day we headed up to Colchuck it was pouring rain, so to be honest we didn’t encounter anyone, not even rangers. We made camp by the lake (illegally, I realize) and looked up through the rain and clouds at Dragontail. We planned to climb via the W Couloir, also known as “Pandora’s Box.” We had hiking boots and spikes, with ice axes.

We gained the Colchuck Glacier and headed up towards the notch between Dragontail and Colchuck. The morning glow over the Enchantments was truly magnificent…writing this now, I realize all the focus on the area.

We took a left turn to climb up Pandora’s Box, which overall wasn’t too tricky but had some sections of steep snow. As mentioned, we managed with a single ice axe, hiking boots, and strap on crampons.

We descended down to Aasgard Pass, rather than back down Colchuck Glacier, to make a traverse, of sorts. As typical, Aasgard was a chossy mess. Careful for rock fall.