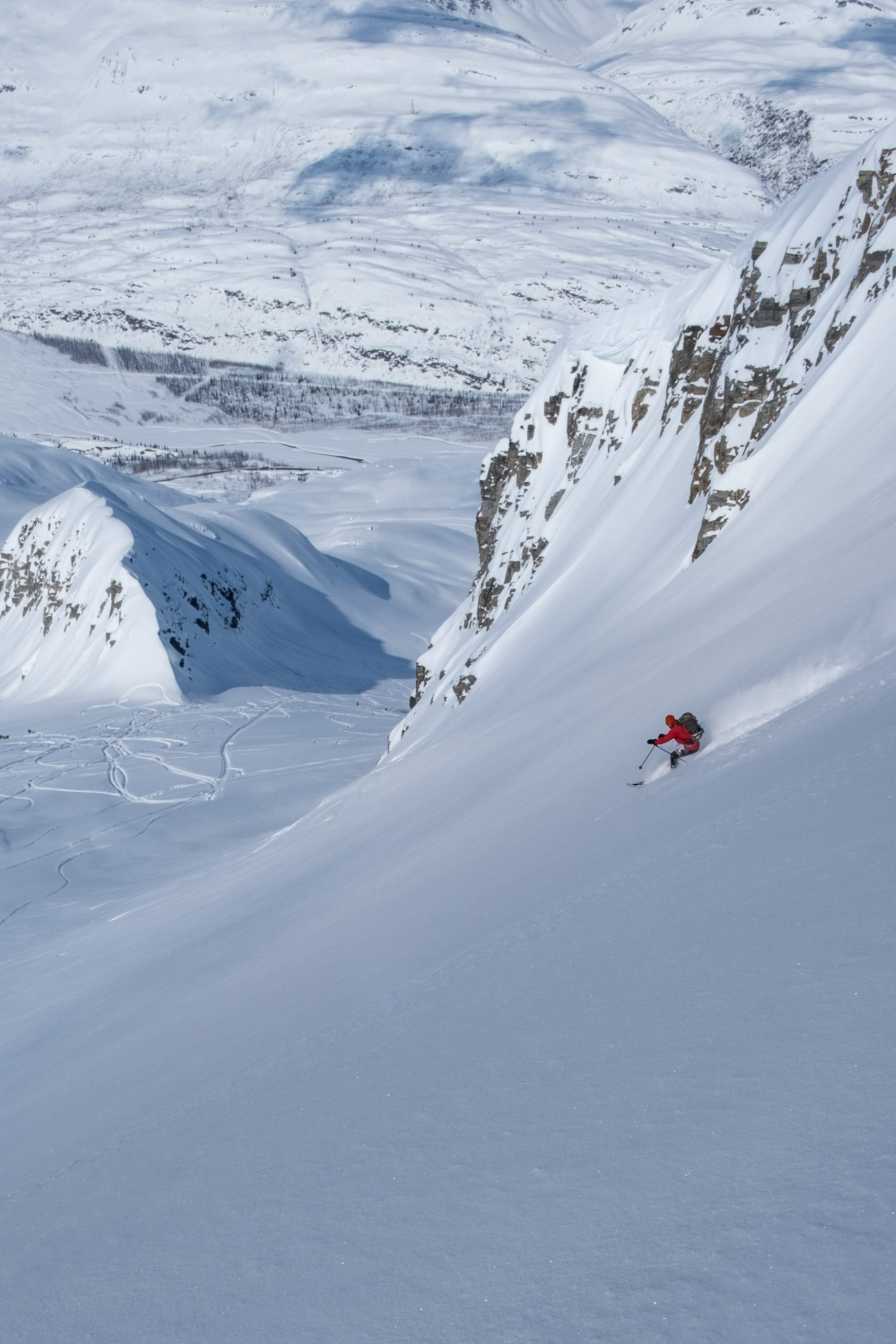 Anthony and I were itching to get out of Washington for some variety…we needed a change of scenery to freshen things up a bit. We saw a gloriously sunny weather window in Valdez, AK for the upcoming week and rushed to get reservations in order. I had just been up in AK for a brief stint, but I had cut it short due to work obligations (bleh…).

Anth and I put together some ideas, grabbed a rental car, and off we were driving towards Valdez…only to see a huge outflow wind event on the horizon. What the heck Mother Nature!? We still had Saturday to harvest 2-3 feet of Alaskan powder, though, and had heard that Cracked Ice was a great spot for low angle powder harvesting.

Anthony and I drove up to Thompson Pass and found a pullout on the side of the road near ‘Ptarmigan’…the pull out was big enough for a few cars, but at the time there was nobody else there. Alaskans seems to get quite a late start to the day of touring, as we were the only ones there at 8 AM.

We found a skin track that led us up the initial slopes towards Cracked Ice. As Washingtonians used to bullshit approaches, we were all smiles with the ease of travel in Thompson Pass: alpine from the road, no trees to deal with. There were a few alders poking through the snow, but very minimal. Pretty quickly we were breaking trail through new snow, as the old tracks didn’t push more than 1,500′ or so above the road.

The aura of the morning was phenomenal, with little-to-no wind and overcast clouds protecting us from the sun. The north facing terrain kept us cool and shaded on our climb up; temps were in the teens, so the snow was plenty cold to stay good.

The climb up is nearly all below 30 degrees, with only one or two small sections near 30 degrees. It took us about 2.5 hrs to climb the 4,000′ to the top; time for first tracks! We could see some skiers following our skinner up behind us, but there were about halfway up by the time we dropped for our first lap.

BLOWER! The snow was so damn good we just had to keep on milking it. We took 4 laps total throughout the day, which added up to 9,800′ of climbing total in 6.5 hours. Missed 10k’ by that much!

About halfway through the day a large party of sledders showed up and started chewing up the mountain with their snowmachines. Ugh…we were annoyed by the loud “brapping” and overall lack of consideration for skiers. A few of the sledders even drove right through our skin track, ruining the uptrack we had set earlier in the day. WHAT THE HECK?!

Overall, a GREAT day in some fun low angle terrain that is great for harvesting powder.