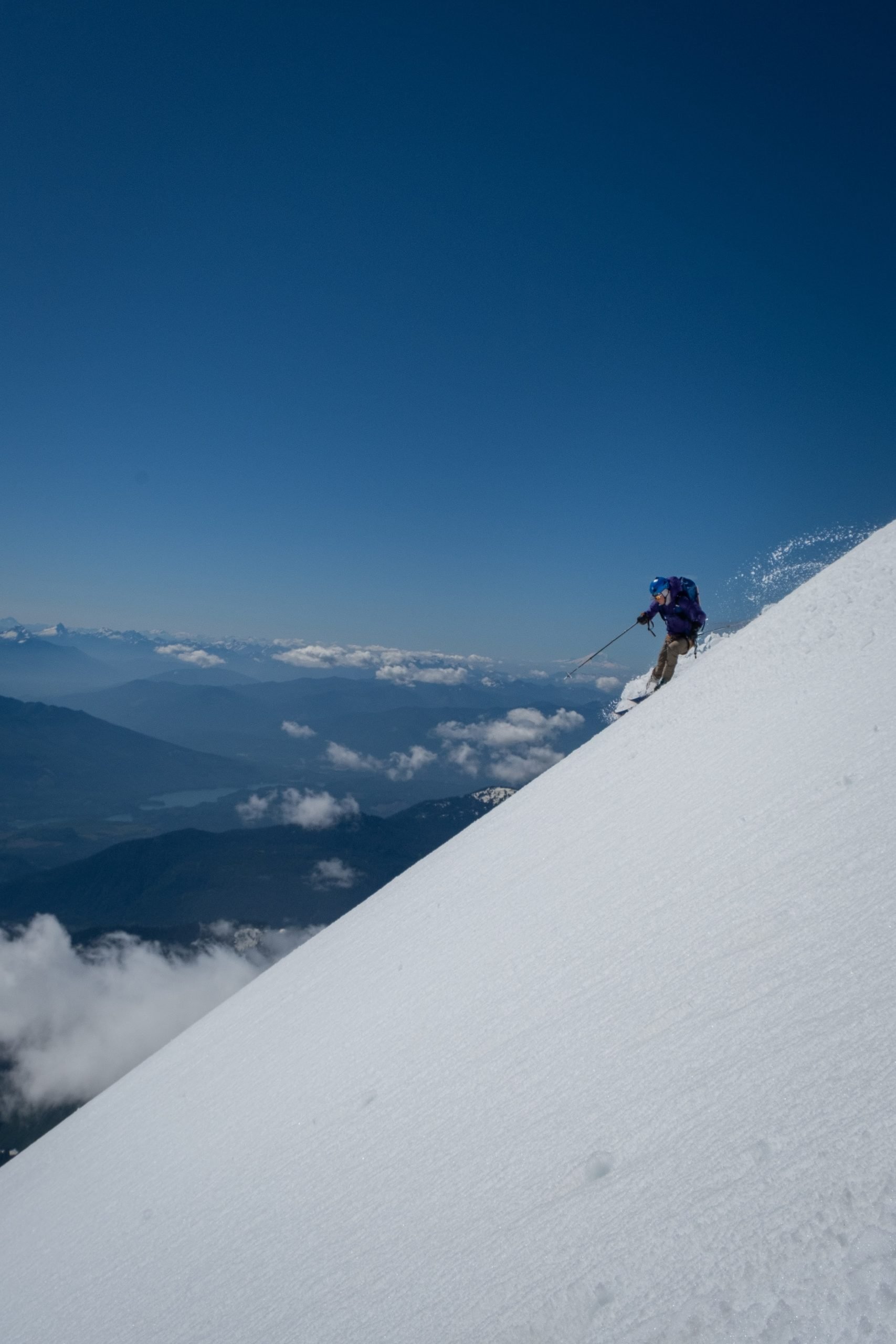 The 2022 ski season has been a blast…what better way to begin closing it down than camping up on Baker and exploring some new terrain? Nick, John, and I headed up to Crag View to spend two nights and planned to ski the Boulder and Talum Glaciers on Baker.

We headed up to camp on Wednesday around 4 PM. Thankfully, it wasn’t that warm and we hiked in our underwear. It took us around 2.5 hours to make it up to a STELLAR camp spot below Crag View…even with running water.

The next day we headed up the Squak with the intent of skiing the Boulder Glacier, and potentially peeking at the Park Headwall or the NE Face of Sherman Peak. We reached the summit in around 3.5 hours and dropped the Boulder around 11 AM in perfect corn.

The Boulder Glacier was rambly and very broken up, but we managed to find our way down the Boulder Ridge a few thousand feet. We stopped around 9,000′ as the snow was starting to get warm and mushy. The Boulder is very east facing, so it heats up QUICKLY.

Booting out of the Boulder was agonizing postholing through mush. It wasn’t fun, to say the least. We headed over towards the Park Headwall but couldn’t get great eyes on the bergschrund and opted to just pass on trying it this year…

We booted back up to the summit and flipped to skiing the Roman Wall down to the Squak. The Roman Wall was exceptional corn, smooth and planar and very consistent. We skied to below the crater rim on the Squak and booted back up a few hundred feet to milk every last turn of good corn we could get. The first 1,500′ off the crater rim were exceptional, but then around 8,500′ the snow turned to mush mank and it wasn’t very pleasant.

We hung out in camp the rest of the afternoon and lounged, enjoying the scenery of the North Cascades and the Twin Sisters range.

The next day we headed up to Sherman Peak to ski the Talum Glacier, a SE facing glacier that gets early sun. We initially intended on leaving camp around 630 AM, but early morning winds and cloud cover gave us more time so we delayed 30 minutes. We reached the summit around 930 AM and dropped the top again in perfect corn. There was some crevasse navigation on one of the roll-overs, but overall very easy skiing back to camp. We didn’t have to transition and were able to traverse our way back across the Squak.