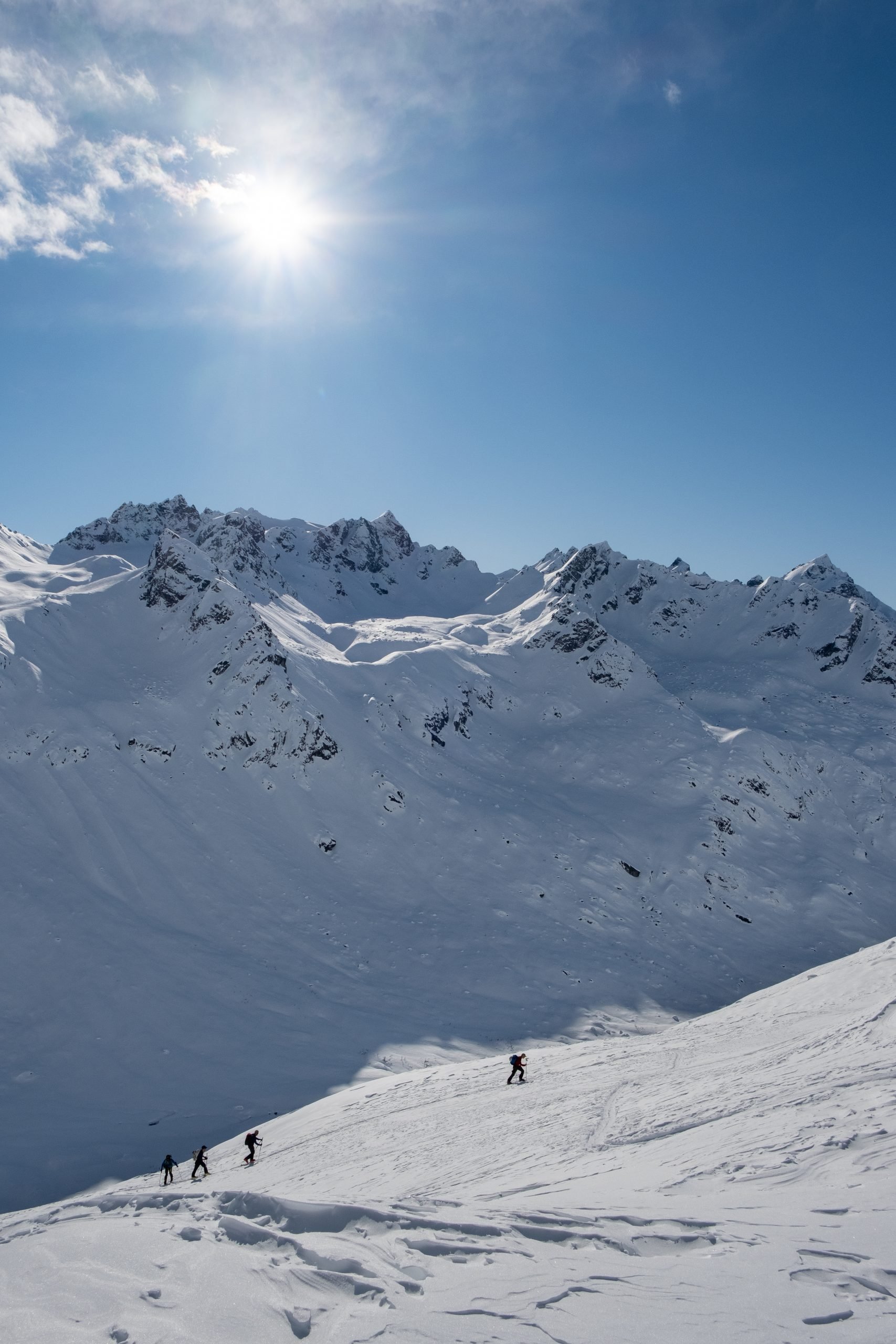 Kyle very graciously invited me on a trip up to the Chugach to join him and his friend Brant, who lived in Anchorage. I had been to Alaska a number of times in the summers, as well as to climb Denali, but I had never skied in the Chugach. I was excited for a short trip to the Chugach to do some weekend skiing while taking advantage of remote work.

Our hopes were to harvest spring powder and chase big lines…but the conditions didn’t quite align for that. A tricky snowpack with wind slab and persistent slab problems, coupled with heavy snowfall in the Turnagain Pass region, had us looking for relatively low angle scenic ski traverses in the Hatcher Pass area.

The road to Hatcher Pass proper was closed due to avalanches in the weeks prior to our arrival; we were able to drive up to the Gold Mint Trailhead, which meant we could access the “Bomber Traverse”. The traverse is a scenic route that links up a series of huts in the Hatcher Pass backcountry. Typically groups will take 2-3 days and ski additional lines along the way. Given that the snow was reported to be highly wind affected, we opted to do it in a day.

The traverse typically begins by climbing up towards Gold Mint hut along the Little Susitna River. It’s around 6 miles of flat skinning before the climbing starts. Once you reach the head of the river valley you begin to climb west (climber’s left) up towards the northeast shoulder of Managemint Peak. The terrain is magnificent and HUGE.

The travel was quite efficient with wind-packed snow making for supportable and quick skinning. We were aware of the avalanche slope up to Backdoor Gap, but we felt comfortable moving efficiently and spaced out given the avalanche forecast and recent observations.

The aura of the climb up to Bomber Pass was amazing…so silent and peaceful…not another soul in sight. We skinned up to Bomber Pass, then skied down to the flats beneath Lower Reed Lake. We had to push and pole through the flats, but were able to keep skis on the entire time and not transition.

The traverse ended up being around 20 miles and 6,000′ of climbing, which took us just around 7.5 hours. It’s definitely possible to do this faster, but there is SO much good terrain to see and ski. Ideally, spend a few days and ski all the lines back there…there are SO MANY.