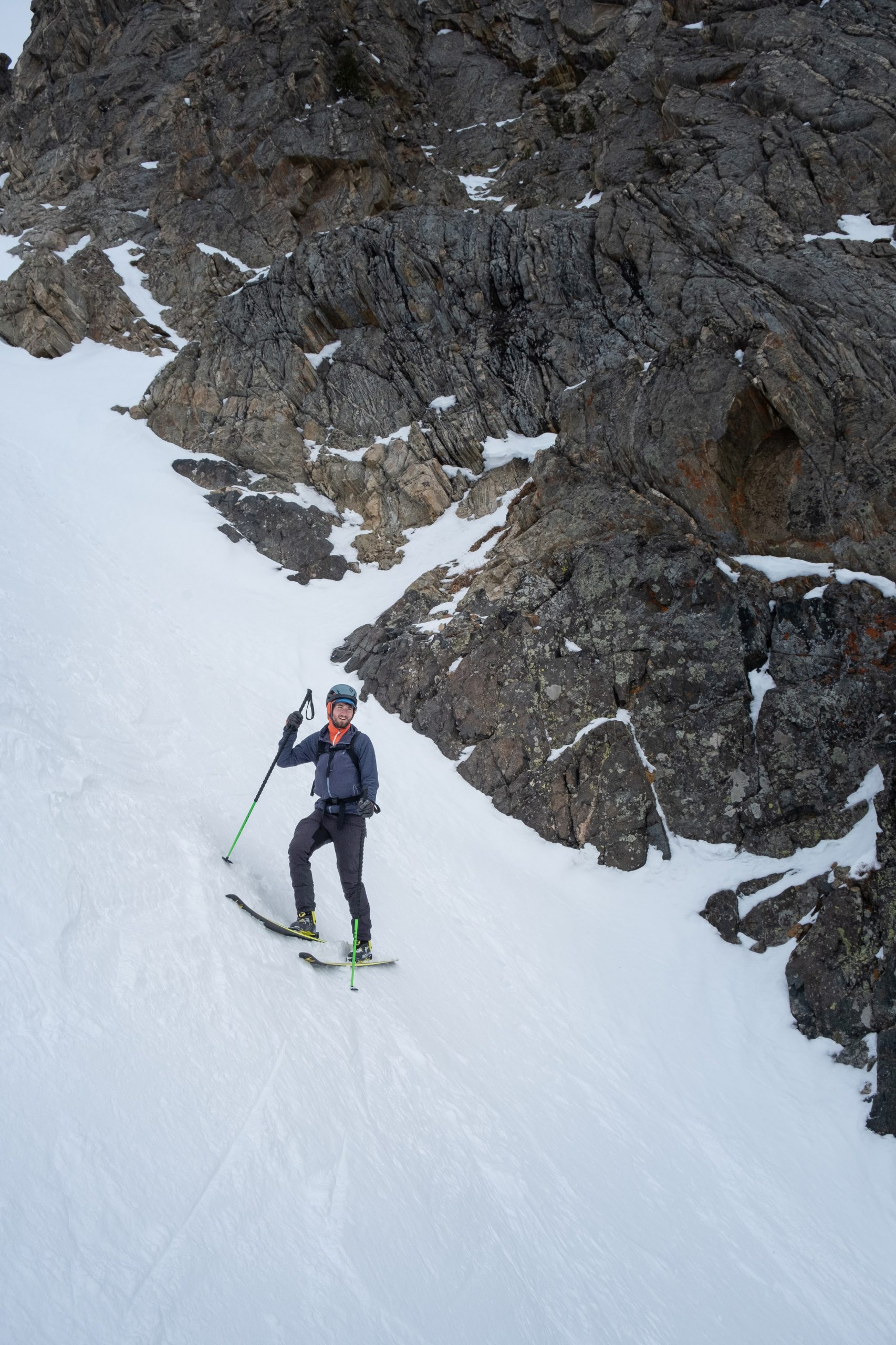 The two previous days I was in Bozeman I had skied the SE Couloir of Emigrant Peak and done a traverse in Hyalite with Logan. By this point, we were a bit tired, especially from our trip the day before. Logan and I wanted to get out and ski, but we didn’t want to do anything crazy.

Logan had mentioned that Beehive Basin was a popular zone that many Montana locals frequent, kind of like the ‘Snoqualmie Pass’ of Montana (probably without all the rain though). Since it was going to be a Monday, it might not be as crowded. Logan and I agreed to head out to Beehive and check out the 4th of July Couloir, one of the most popular ski lines in the area. We hoped it wouldn’t be too tracked out from the weekend, but we could always check out other lines in the area.

I was again amazed at how incredible the access to ski terrain is from Bozeman. Beehive was a “long drive” of less than 90 minutes. Incredible. Logan and I got a lazy start to the morning, sipping coffee and dawdling in the living room. We didn’t really want to start with headlamps, after our start in Hyalite.

We got to the trailhead around 7:30 AM and started the long and flat approach to Beehive Basin. Classic Rockies experience. There were some painful sections of dead flat skinning, coupled with confusing side hill terrain near flat areas? I was confused for sure.

After a few miles, we finally poked out into the basin beneath Beehive Peak, staring right at 4th of July Couloir. I had to admit, it was one aesthetic line to stare at.

Once we poked out through the forest below, a quietness resonated through the valley. There was NOBODY else around!?!? This was a holiday in one of the most popular zones in SW Montana…where was everyone?

The snow was windswept all around…the couloir was clearly going to be firm. We skinned up to the base of the couloir, where there was a booter already put in by groups from the days before. A set of stairs to the top!

The top of the couloir was WINDY…to be fair, we were in a saddle that was a perfect wind tunnel. We took a look over the other side of the ridge, into a north facing couloir that on the map looked like it would go. We couldn’t quite tell, but we weren’t convinced. The snow was VERY windswept…nearing being white ice. We were tired, drained, and honestly a bit concerned with how committing the steep skiing would be on firm hardpack like this. One wrong turn and we’d be sliding a long ways.

We agreed to just ski the 4th of July Couloir and head back home. It would be a much shorter day than we initially had planned for, but we had a good time and hit plenty of objectives for the weekend. I took the first turns down the couloir to take some pictures of Logan heading down.

The turns varied from chalky to firm hardpack, but we had a good time hopping our way down the slope. We may have lost style points for stopping half way down to leapfrog, but sometimes slow skiing is safe skiing!

Tired, happy, and content with our spoils for the weekend, we skated and poled our way down the flats back to the car. A short morning tour but a good line nonetheless!